On the scoresheet was Arsenal’s Bukayo Saka, the youngest England player to score two goals at a World Cup and 19-year-old Jude Bellingham, only the second teenager to score at a World Cup for the Three Lions.

After the game Bellingham said it was an almost a perfect start for England: “Really good day for us, six goals is really impressive regardless of who you play against.”

It means the Three Lions are top of Group B, with Wales playing the United States later on Monday.

The first World Cup held during a UK winter, the temperature in Qatar was still around 28 degrees outside the Khalifa International Stadium before kick off.

And that’s where many England fans still were at the start of the game – as hundreds of supporters were unable to gain entry to the stadium and missed some of the first half because of a problem with Fifa’s ticketing mobile phone app.

Inside the venue and at pitch side it was much cooler thanks to special air conditioning air vents dotted along the side lines. 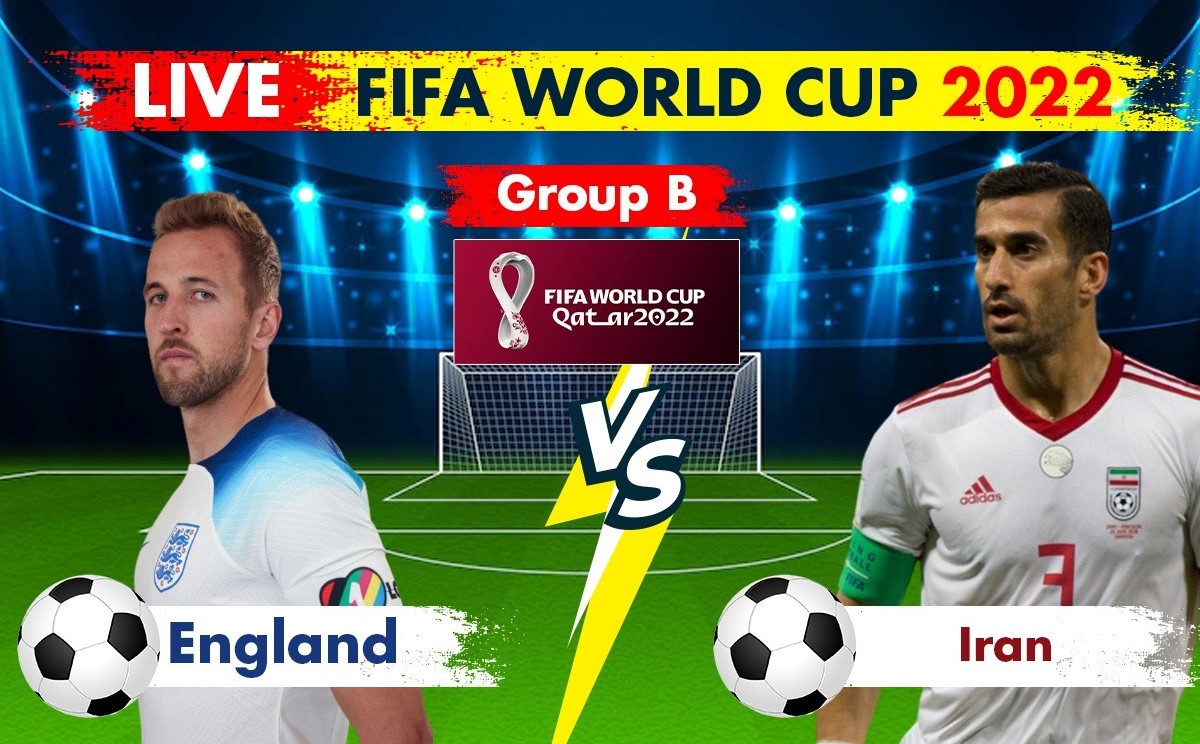 But even more notable was the decision by Iran’s players who refused to sing their anthem – in a show of solidarity with anti-government protests in their country.

There had been more controversy before the match, as it was announced that England captain, Harry Kane would no longer wear a one love rainbow armband in support of the LGBTQ+ community, as planned.

It’s against the law to be gay in Qatar, and Fifa called on teams to ‘focus on football’ and had warned that players would receive yellow cards if they wore the armbands.

Instead Kane wore Fifa’s No Discrimination armband and England players took the knee before kick off.

Saka scored his second before Iran’s supporters were given something to cheer about when Mehdi Taremi scored after 65 minutes.

Iran lost their goalkeeper Alireza Beiranvand early in the match following a clash of heads with a team-mate. It forced a long delay in play before Bellingham jumped unmarked to head in England’s first goal just ten minutes before half time.

Two more goals followed quickly before the break with Saka and Raheem Sterling both hitting the back of the net.

Forward Bukayo Saka, said: “I can’t describe the feeling, it is amazing. I am so happy and so proud. We got the win as well so it is a really special day.

England’s next game in Group B is against USA on Friday at 7pm UK time.