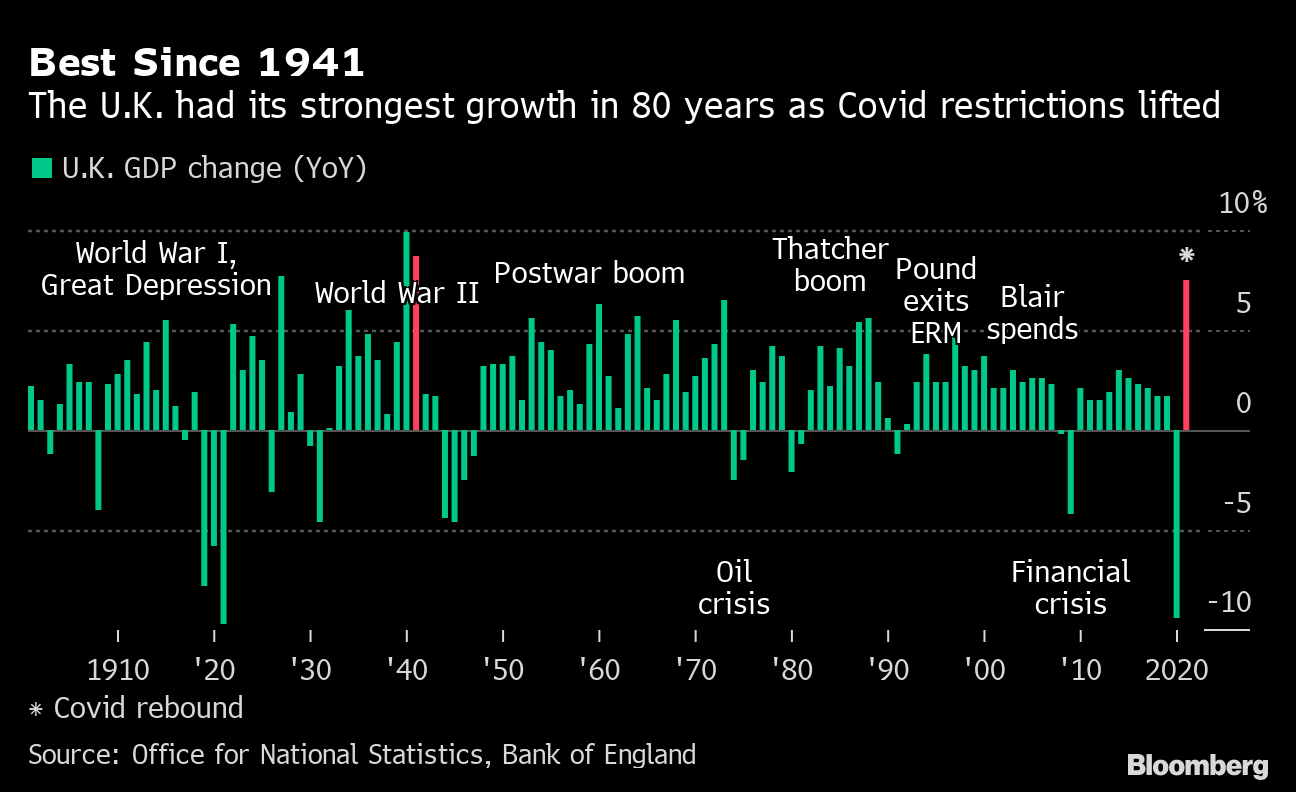 The U.K. economy expanded at the fastest pace since World War II last year after suffering a milder hit than expected in December. From Bloomberg News

The 7.5% expansion was the largest since 1941 and made Britain the fastest-growing advanced economy in 2021. The economy nonetheless remained smaller in the fourth quarter than at the end of 2019, before the pandemic struck.

The figures will be welcomed by Prime Minister Boris Johnson, who is grappling with a brutal cost of living crisis and facing calls to resign over alleged rule-breaking parties when the country was in lockdown. They will also keep the Bank of England focused on efforts to curb surging inflation, with more interest-rate increases likely in coming months.

After suffering a deeper pandemic recession than its major peers, contracting 9.4% in 2020, the U.K. has enjoyed a stronger recovery, aided by billions of pounds of government aid to support jobs and firms through the crisis. The economy is forecast to outperform other Group of Seven nations once again this year.

Thanks to “our package of support and making the right calls at the right time, the economy has been remarkably resilient,” said Chancellor of the Exchequer Rishi Sunak.

However, Britain has yet to return to its pre-pandemic levels of output on a quarterly basis, a milestone already surpassed by the U.S. and France. On a monthly basis, GDP in December was the same as its level in February 2020.

Gross domestic product fell 0.2% in December as the spread of the omicron variant kept consumers at home. But the decline was less than the 0.5% economists forecast, leaving growth for 2021 as a whole above the 7.3% seen by the BOE. The services industry shrank less than expected from November, while manufacturing and construction both gained.

The overall decline was entirely due to a 0.5% contraction in the services sector, where hospitality venues were hit by mass cancellations in the run-up to Christmas and retailers saw a collapse in footfall, after the government imposed curbs to contain the spread of omicron.

Businesses across the economy were also hampered by widespread absences linked to the virus and continued supply-chain disruptions. On the plus side, health-care output rose, driven by the rollout of vaccine booster shots. 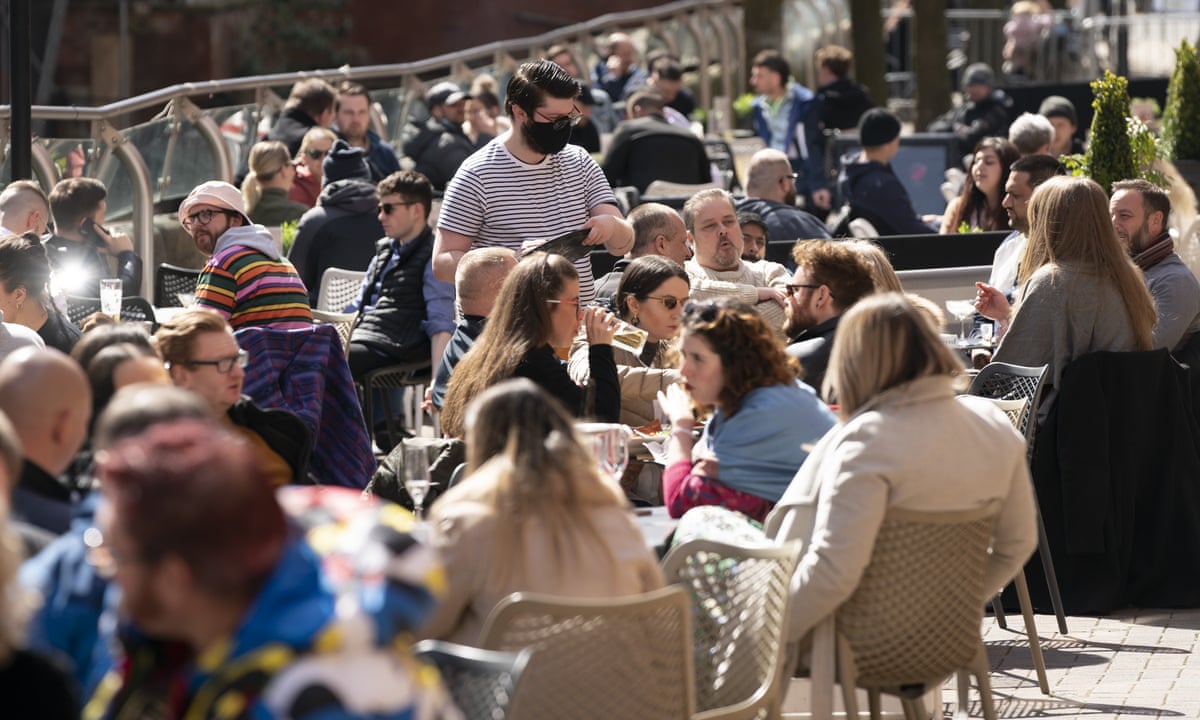 The loss of output in December limited growth in the fourth quarter to just 1%, leaving GDP 0.4% below its level at the end of 2019. With omicron restrictions extending into the new year, January is also expected to be weak.

Yael Selfin, chief economist at KPMG UK, said the squeeze on household incomes from rising prices and planned tax rises could see economic activity “disappoint over the coming months.” She forecasts GDP growth this year of 3.7%.

“The reality is the way the government runs our economy is trapping us in a high tax, low growth cycle,” said Pat McFadden, who speaks on Treasury issues for the opposition Labour Party. “The latest Bank of England forecast suggests that growth will slow to a crawl next year. That would be the slowest growth of any G-7 economy.”

BOE forecasts published Feb. 3 show the economy stagnating in the first quarter, but rebounding strongly in the following three months to return to its pre-Covid size. The bank has hiked rates at it two previous meetings, taking the benchmark to 0.5%, and markets are pricing in a rapid series of further moves this year.

The trade in goods deficit, excluding precious metals, narrowed marginally in the fourth quarter, with exports growing slightly faster than imports. In December, imports from non-EU countries remained higher than from European Union countries for the 12th consecutive month.