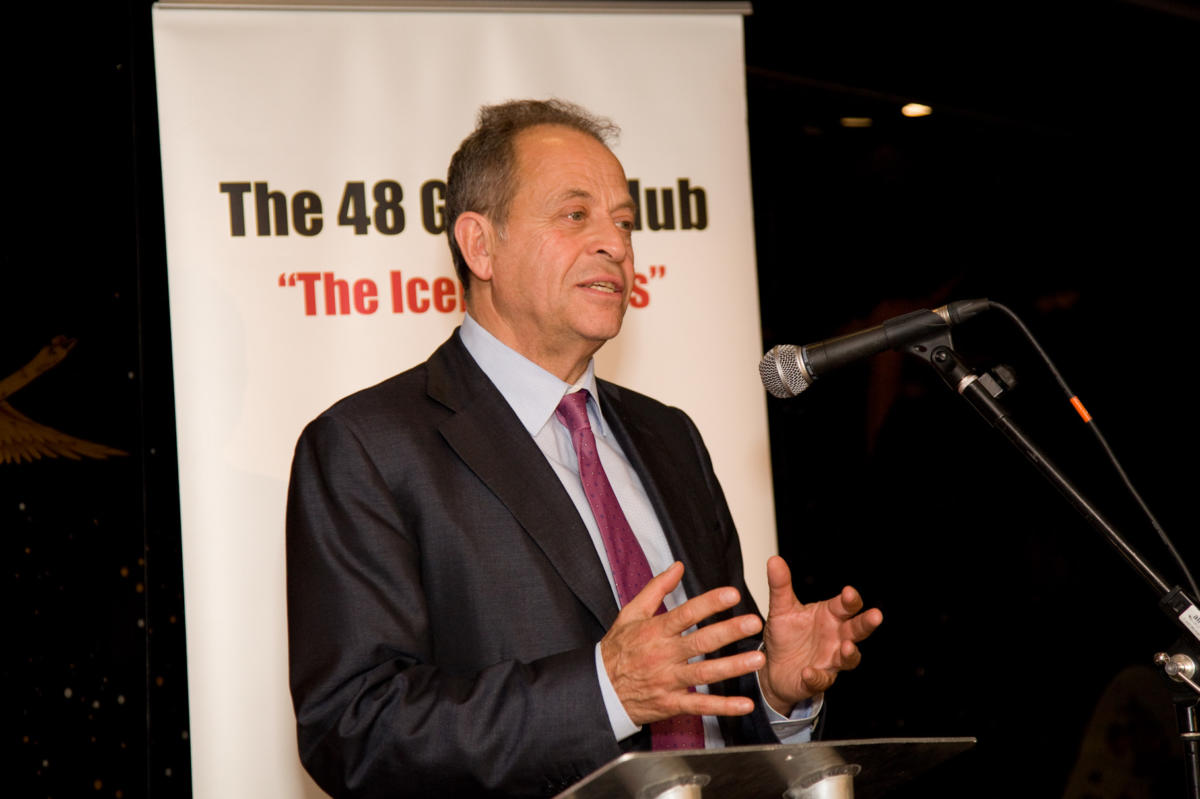 By May Zhao Letter from London

Stephen Perry has been travelling to China for almost 50 years. He has covered most areas of commerce and organised major cultural and sports exchanging events

His story came from the autumn of 2018, when President Xi officially meets him, and then two months later gave him the Friendship award for 40 years of supporting reform and opening up of China.

It started in 1972 when he first visited to China via Karachi, Colombo and Shanghai. He traveled with his parents. His father Jack first reopened China’s trade with Europe in 1952. In 1942 when Joseph Needham, the famous British academic who wrote 24 volumes on the science and civilization of China, went to Chonqing, the Chinese war time capital as British science officer.

So back to early 50s, when Premier Zhou Enlai set out to reopen China’s trade with the west, it was to enable China to buy the medicines and food the people of China desperately needed as they tried to remove famine and disease, poverty, starvation and widespread. Therefore the 48 Group tried to take up a mission for promoting trade and business between western countries and China.

When one hears the genealogy of Stephen’s involved with China, there is a huge sense of history which leaps forward to the challenges that China faced, resulting from the enormous journey China has made this in last 70 years to return to a prominent global role as becoming a largest or second largest economy in the world.

For Chinese, it might find the enormous pressure of US president Trump bewildering, but Stephen sees it as recognition of the long, arduous, innovative and hard working journey of the Chinese nation back to the highest levels of world politics, due to its global impacting economy.

During that time, Chinese were faced unemployment and distress and lots difficulties. But the communist party of China had defeated the imperial armies of japan who had challenged the armies and navies of the west throughout the pacific.

The CPC had fought with its compatriots to the last to gain a victory. Through by a short lived internal peace resulted in civil war for four years before Mao stood in Tian anmen Square to announce a new People’s Republic of China.

The new PRC has begun to journey of rebuild country, and significant part was reopening trade and enabling China to buy what the nation desperately needed. Premier Zhou sent his chief of staff, Chi Chaoting to Cambridge to ask his old friends Needham and Robinson, to find a tough person with trading skills, who would resist the anti communist pressures of some in the west, the impact of the Korean war, and lead a business mission to China to relaunch China’s trade with the west.

They discussed with Jack Perry, and decided to carry out this mission by Perry. And then they arranged a dinner party for Chi and Perry to meet up. Jack Perry was a textile manufacturer who had come from the very poor East end of London. He had left school at 14 and his parents had no common language as recent immigrants. He had experienced the hatred of the fascists who marched in the East end to the echo of Hitler’s movement, to try to drive out the immigrants. They beat them and hurt those, until finally the poor of the east end of London with the help of the communist party in the uk, turned the fascists back in a huge battle. This led the fascists to be banned and the uk was set on its journey to organize the anti fascist war in Europe.

Jack Perry was borne of this history and had a very positive mind about the role of trade in opening relations, creating interdependence and trust between the nations. Jack Perry always wanted that helping restore trade between China and the western countries with all its problems and obstacles. He was proud to be asked and rose to the occasion. He started to set up London Export Corporation as an agent for China trade in July 1953 and meeting with Mr. Chi three months later, and organised the icebreaker mission of 19 entrepreneurs, including Robinson at the same time. Thus the 48 group was embryonic formed and they played a historic role from then.

Jack Perry was constantly with suspicion by the British government who were torn by their loyalty to the USA and opposition to communism. But the joint interest in Hong Kong meant the UK needed a positive relationship with China and this was played out through the hidden work of LEC and the 48 Group.

Stephen had tens of thousand of tons of polyester to China for celanese corporation from late 1976 to 1982. Celanese also made the raw material for the filters for cigarettes. They asked Stephen to help China become a filter cigarette market a very small number of finished filters were brought into China for the famous panda cigarette, otherwise the market was 98 percent of plain cigarettes.

First Stephen had to find a way to unite Celanese’s aversion to the transfer of technology – all the majors refused to sell their technology – with China’s need to have their own acetate tow production. Lot was Stephen’s innovation to do the first trade for technology deal ever done in China with full convertibility of RMB for all machine, raw material and product purchases and dividends. Stephen convinced China to accept the trade for technology deal which would be the first in China. Hundreds of millions of dollars were invested by China’s chosen vehicle, and cleanse. They built on three sites and doubled their production as China moved from 3-5000t of first imports of tow to 60,000t and a total local production which rose to 120,000t from nil over just 20 years.

This unique deal which saw cleanses gain huge local sales to China of their tow to help the market grow, and build the two and flake plants in a jv. Celanese gained, the Chinese state gained, and the Chinese partner – the newly reformed state tobacco monopoly – all benefitted enormously.

Stephen’s contribution to reform and opening up is unique and has gained the recognition of China’s top leaders for many decades. As a Chairman of 48 Group Club today, he will continue to take his group to carry on strengthens Sino-UK trade collaborations and assisting British companies seeking broader marketing opportunities during a Brexit period.