London Welcomes the Year of the Rabbit 2023 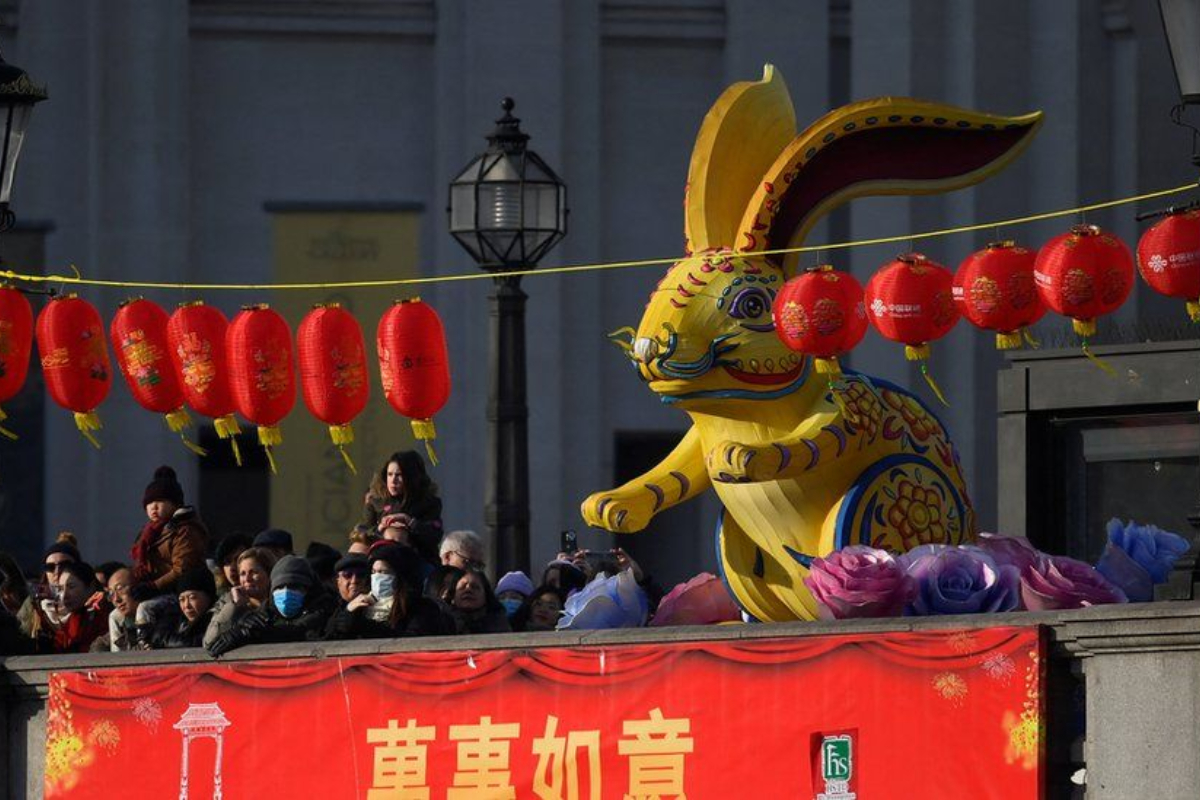 London hosted the largest celebration outside Asia for the Festival of Spring, the Chinese and Lunar New Year of the Rabbit on 22 January 2023

The largest celebrations for the Festival of Spring, the Chinese and Lunar New Year outside Asia took place in London today to mark the arrival of the Year of the Rabbit, with thousands of visitors arriving to watch the spectacular stage show at Trafalgar Square and Lion Dances in the capital.

This is the first time after the pandemic that the celebration has returned to Trafalgar Square. Festivities begin with a two-hour long Grand Parade featuring colourful hand-crafted floats from China and a gathering of Chinese Dragon and Lion teams dancing through the streets of central London, from Trafalgar Square, via the West End before reaching its final destination – Chinatown.

This year’s celebrations mark the arrival of the Year of the Rabbit, the fourth of the 12 animals which appear in the Chinese zodiac. The rabbit is the symbol of longevity, peace, and prosperity in Chinese Culture, thus 2023 is predicted to be a year of hope and opportunities. Those born in the Year of the Rabbit can expect abundance, luck and prosperity in their near future. 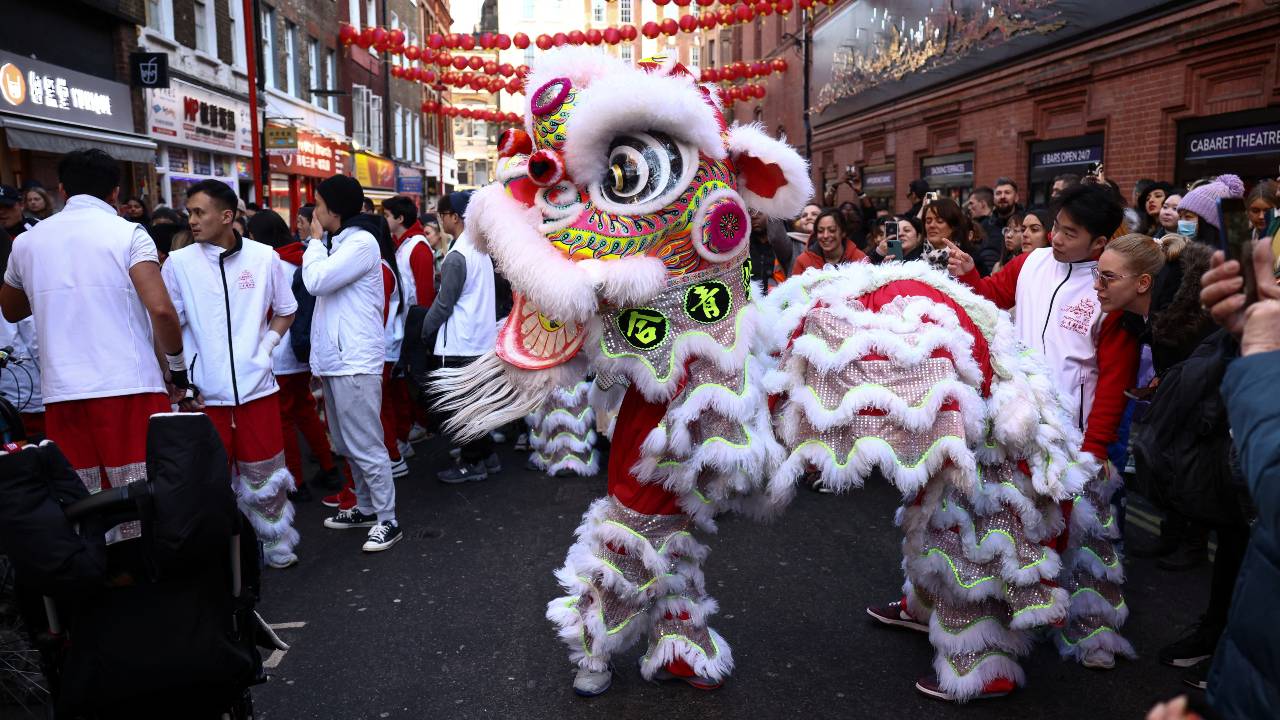 CT Tang, OBE, The Chair of London Chinatown Chinese Association, and Organiser, said: “We hope the arrival of the New Year will bring new hopes and opportunities for all and our communities will join together for a great celebration this Sunday”.

The Mayor of London, Sadiq Khan, says, “I’m delighted that for the first time since the pandemic, we are able to gather together in Trafalgar Square for the full scale, spectacular return of London’s Chinese and Lunar New Year celebrations. It is always one of my highlights of the year, with fantastic performances and delicious food to enjoy”

Stage performances kicked off in Trafalgar Square with the sound of firecrackers heralding the start of the New Year Celebrations. Chinese diva Sue Shen, who played Tanya in the China tour of Mamma Mia, opened the show, followed by Alan Chan, one of the most iconic Chinese finalists from the Voice 2020, who performed numbers from his brand new album.

The Chen Brothers also returned to the Square with a spectacular performance of the Flying Lions on high poles, the Kut-O Medway Dragon team then presented a brand new routine on stage after two years of hiatus.

As the world recovers from the pandemic, the London Chinatown Chinese Association, the organiser of the Festival of Spring in London, invited the award-winning Hakka Qilin team, the Miu Sau Sports Club from Lam Tsuen Village in Tai Po, Hong Kong, to come to the UK with an auspicious Chinese Unicorn Dance. This followed a tradition almost one-hundred-years-old, to ward off evil spirits and protect the people of London from bad omens, bringing good health and prosperity to the communities in the capital. 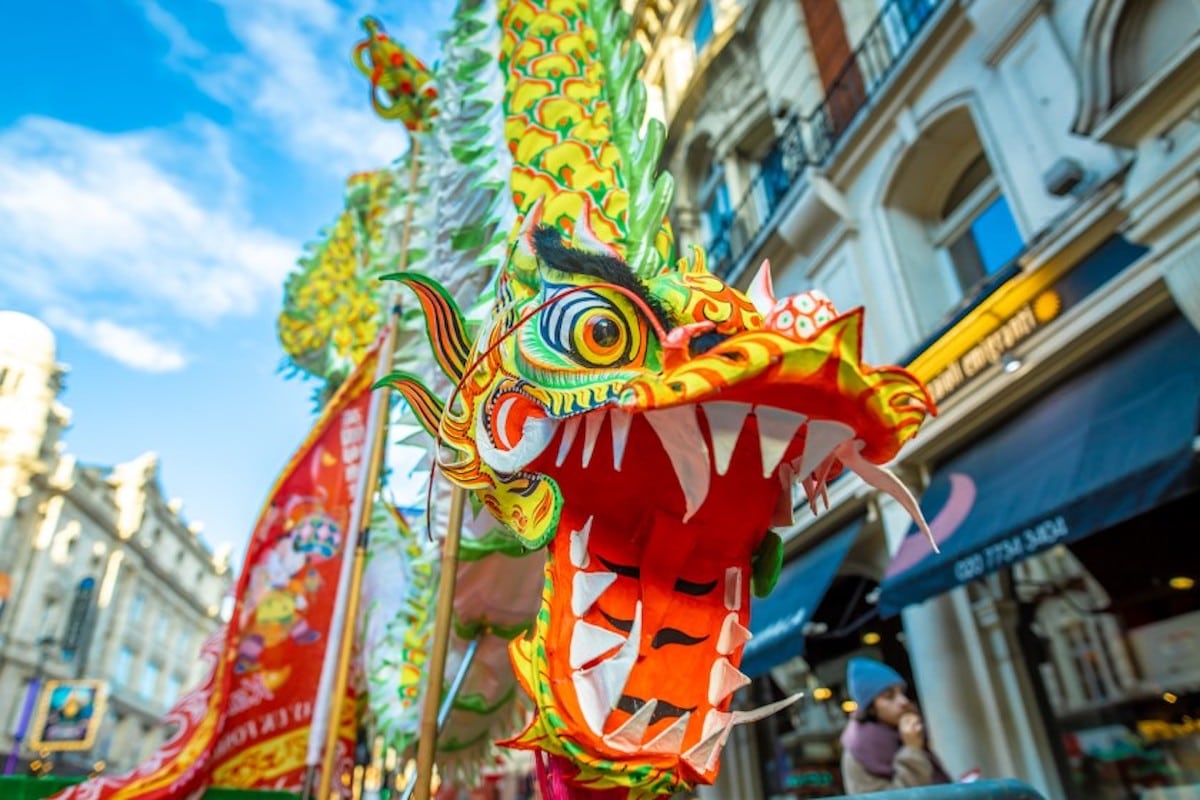 The ethos of the Festival, “Hope, Home, Harmony and Health”, are common aspirations shared by people of different backgrounds and was given a special mention by Her Late Majesty Queen Elizabeth II in her last communication to the community in 2022. The theme for the Year of the Rabbit, “Hopes and Opportunities, Talents and Communities” is very much a tribute the longest-ruling monarch in British history.

The finale featured a spectacular display of lighting and special effects with LED Chinese lions giving a gravity-defying hip-hop dance while climbing to the top of a set of telescopic poles. The lions represent the world’s population and the dance signifies the bravery of people against the challenges in the old year with the world’s fortune returning to peace and prosperity in the new year.