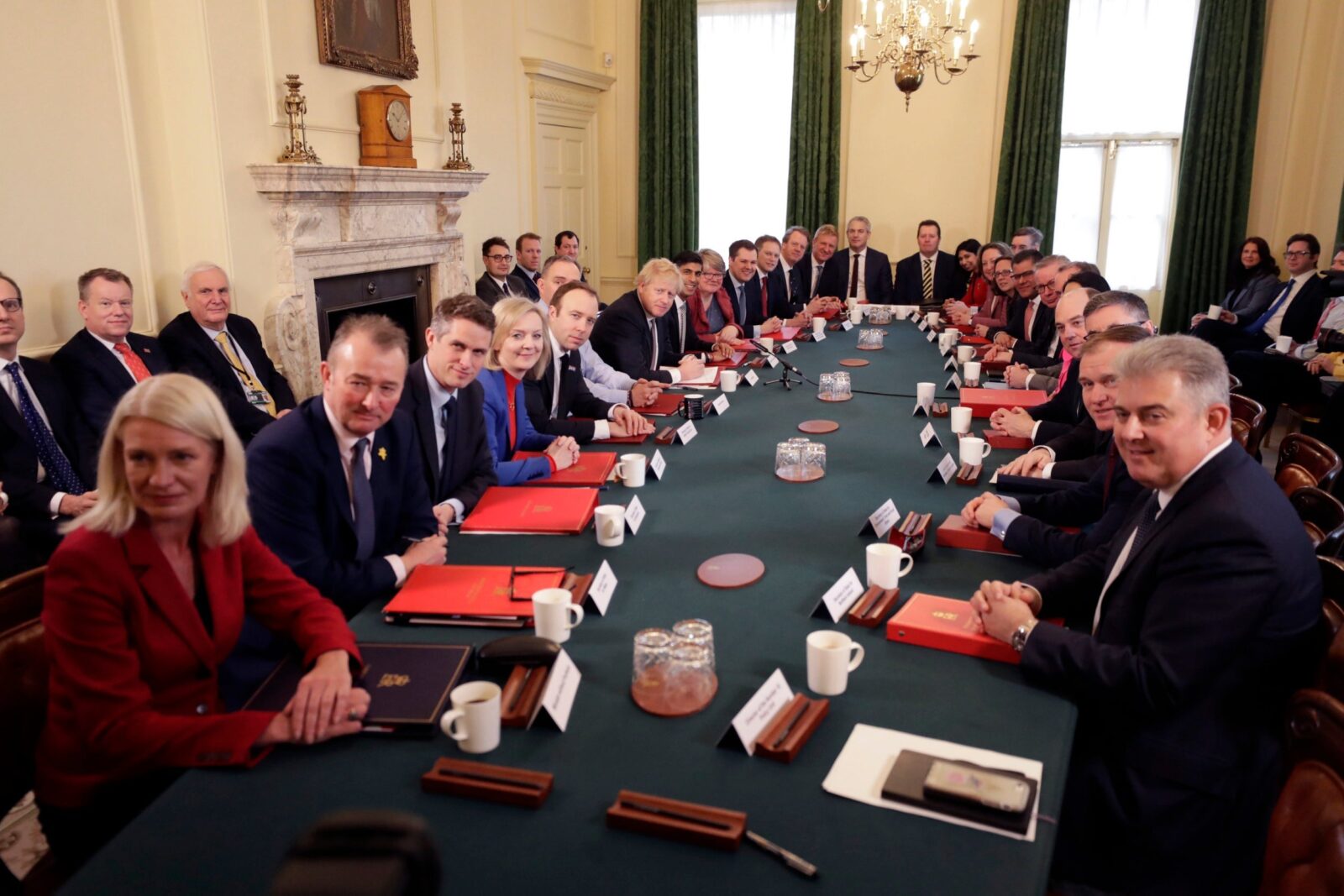 Boris Johnson has told his new cabinet to focus on delivering Tory election promises following a reshuffle that saw Sajid Javid quit his as chancellor. By BBC News

Addressing his new team in Downing Street, the PM said they must get on with the “basic work” of improving lives and spreading opportunity.

Mr Javid quit on Thursday after he was told he could keep his job but only if he fired his team of advisers.

His successor Rishi Sunak has said he has “lots to get on with”.

Opening Friday’s cabinet meeting, the PM congratulated those present on “achieving or retaining” their cabinet jobs after a wide-ranging shake-up which saw a host of senior figures sacked.

“We have to repay the trust of people who voted for us in huge numbers in December and who look forward to us delivering,” he said.

Mr Javid, who had been due to deliver his first Budget in March, said he was left with “no option” but to resign because “no self-respecting minister” could accept the prime minister’s demands.

His departure from the cabinet follows rumours of tension between Mr Javid and the prime minister’s senior adviser, Dominic Cummings.

In his resignation letter, Mr Javid – who was in his Bromsgrove constituency on Friday opening a Pensioners Fair – said: “I believe it is important as leaders to have trusted teams that reflect the character and integrity that you would wish to be associated with.”

Downing Street said there would now be a joint team of economic advisers for both the chancellor and prime minister.

Losing a chancellor is no small event, and it wasn’t what Boris Johnson set out to do. BBC political editor Laura Kuenssberg analysed, because yesterday shows that No 10’s priority was political control rather than keeping personnel they valued. When Mr Javid refused, they chose instead to see him leave.

This begs a wider question – is it stronger to share power or hoard it?

Boris Johnson and his team have made the choice to do the latter – to lose a chancellor rather than allow a rival faction offering different political advice to the next door neighbour.

A Downing Street spokesman would not confirm whether or not the Budget scheduled for 11 March would go ahead as planned.

“Extensive preparations have already been carried out for the Budget and they will continue at pace,” he said.

Communities Secretary Robert Jenrick told the BBC Mr Javid had been a “great public servant” but defended No 10’s actions, saying it was important it and the Treasury worked together as “closely as possible”.

“It is right that there is a co-ordinated economic function in this country,” he told Breakfast.

“What was proposed and what will now happen is we bring together the back office teams that help to advise the prime minister… and those that advise the chancellor.

“I think that it is sensible because we have a lot to do. We were elected a few weeks ago with a big mission to level up the country and get things done for the people – whether that is on the NHS, schools or law and order. So we need to have a strong team working as one.”

Other ministers to depart in Thursday’s shake-up include Andrea Leadsom and Esther McVey who, along with Mr Javid, were among those who lost out to Mr Johnson’s in last summer Conservative leadership contest.

Julian Smith was also sacked as Northern Ireland Secretary – weeks after he brokered the deal that restored the power-sharing administration in Stormont.

Speaking on Friday, he said his dismissal was “not a surprise” and his wished his successor Brandon Lewis well in dealing with the “key” challenges facing Northern Ireland, including historical legacy issues and abortion law reforms.

Asked about his own plans, he said they included “things like going to the pub”

Newcomers at the cabinet meeting on Friday will include Anne-Marie Trevelyan, who replaces Alok Sharma as international development secretary; Amanda Milling, who is minister without portfolio and chairwoman of the Conservative Party; and Suella Braverman, who takes on the role of attorney general after the prime minister asked Mr Cox to step down.

There had been rumours that the Department for International Development could be closed, but while it remains open, No 10 appears to have merged its ministerial team with the Foreign Office.