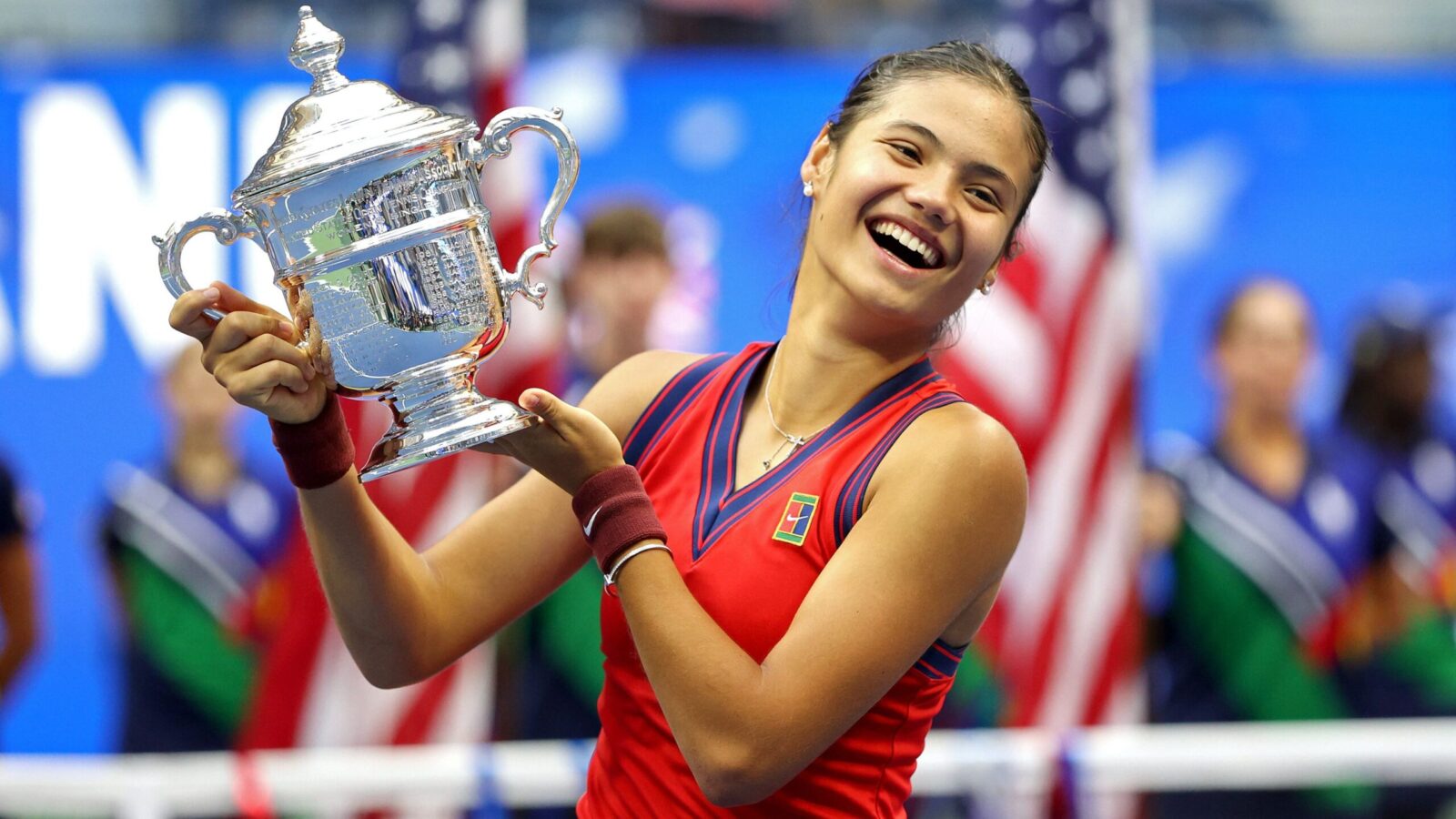 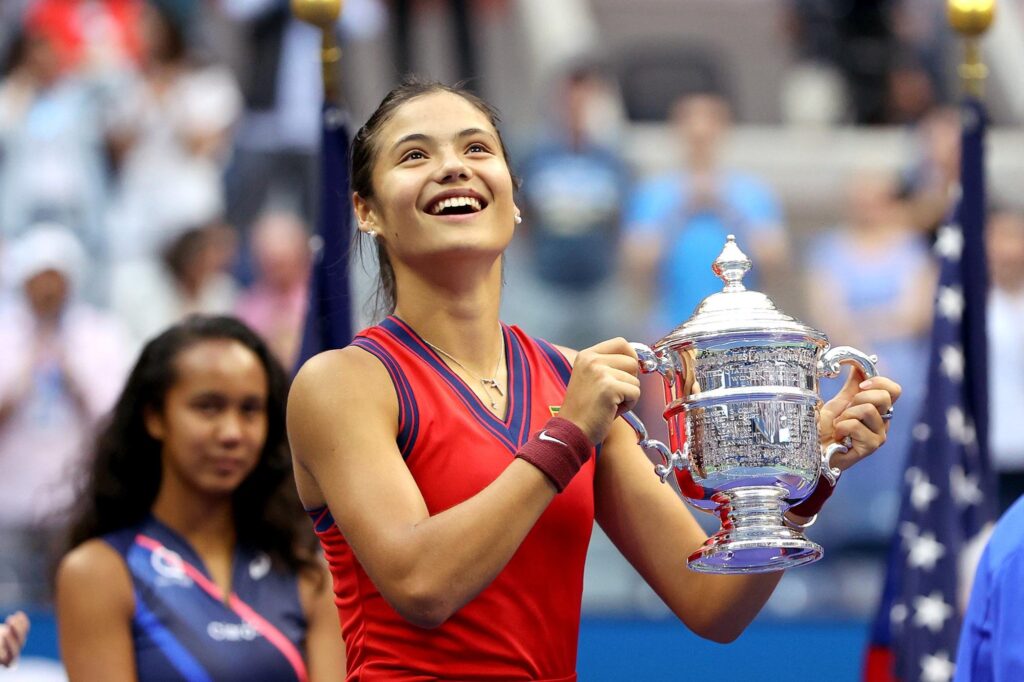 British teenager Emma Raducanu said she has “always dreamed of winning a Grand Slam” after pulling off one of the great sporting feats in history with victory at the US Open on Saturday night. Sky News reported.

Emma Raducanu did not feel any pressure after claiming a magical US Open title in New York, saying: “I’m still only 18 years old. I’m just having a free swing at anything that comes my way. It got me this trophy, so I don’t think I should change anything”

In just her second major tournament, Raducanu’s 6-4 6-3 victory over fellow teenager Leylah Fernandez in the final made her the first British woman since Virginia Wade, who was watching from the stands, 44 years ago to win a Grand Slam singles title, and the first in New York since Wade in 1968.

She has gone overnight from a rank outsider to one of the top names in the game, even though the 18-year-old is yet to win a match on the WTA Tour and little over three months ago, she was a full-time schoolgirl completing her A-levels.

Raducanu said: “I’ve always dreamed of winning a Grand Slam. You say, ‘I want to win a Grand Slam’, but to have the belief I did, and actually executing, winning a Grand Slam, I can’t believe it.
I first started when I was a little girl but I think the biggest thing that you have visions of, for me, it was just winning, the winning moment, and going to celebrate with your team in the box. That’s been playing in my head a couple of nights. I’ve fallen asleep to that.”

The teenager from Orpington, Bromley aced her A-Levels in maths and economics before playing a series of matches at lower-tier events to get her prepared for Flushing Meadows. 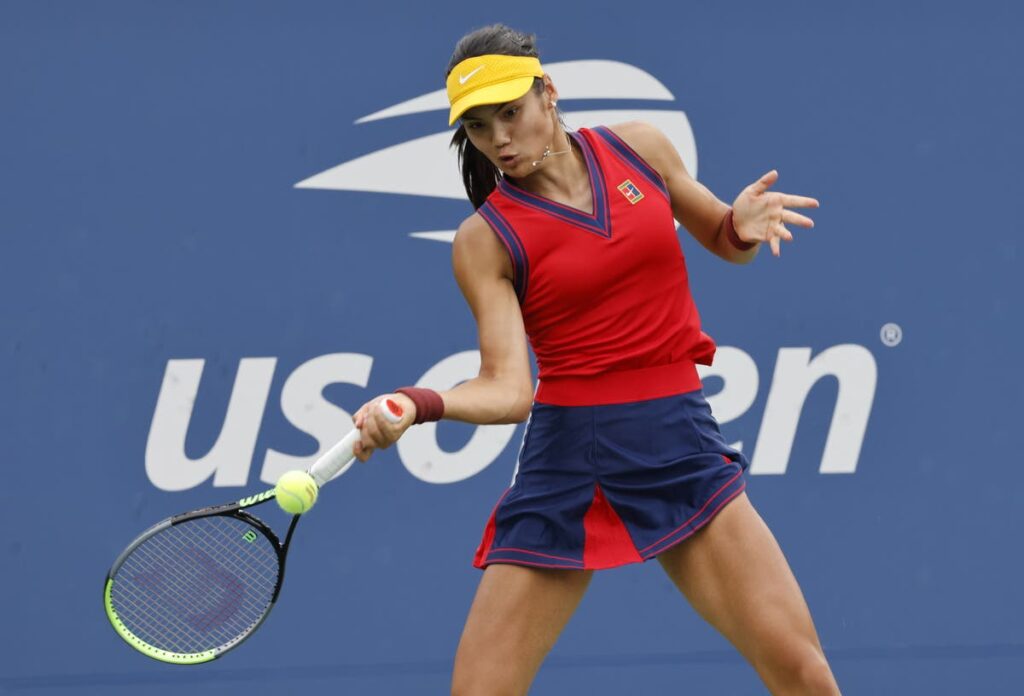 She said: “At the beginning of the grass courts, I was coming fresh off my exams. I had three weeks to practise before my first tournament. I just built up every single match, every single win.

“I thought Wimbledon was such an incredible experience. Fourth round, second week, I couldn’t believe it. I thought, ‘what a great achievement’.

“But I was still hungry. I was working hard after the grass. I didn’t have much time off. With each match and tournament, I think I’ve really built in terms of confidence, in terms of my game, in terms of my ball striking. Everything came together today.

“I think to pull off some of the shots I did in the big moments when I really needed it was just an accumulation of everything I’ve learnt in the past five weeks.”

Raducanu added: “I don’t feel absolutely any pressure. I’m still only 18 years old. I’m just having a free swing at anything that comes my way. That’s how I faced every match here in the States. It got me this trophy, so I don’t think I should change anything.”

Her run has been marked by an almost preternatural calmness, which included shutting out the excitement and hype her achievements have generated back home.

The teenager has been inundated with congratulatory messages, including from the Queen, but she said: “I still haven’t checked my phone.

“I have absolutely no idea what’s going on outside of the little world that we’re in here. We’ve just been in the quiet room, just enjoying the moment, taking it all in. I think today we just really need to shut out from everything, just enjoy it as a team, because it was a team effort.