Dark Clouds in Washington: Behind the Scenes of Embattled American Democracy 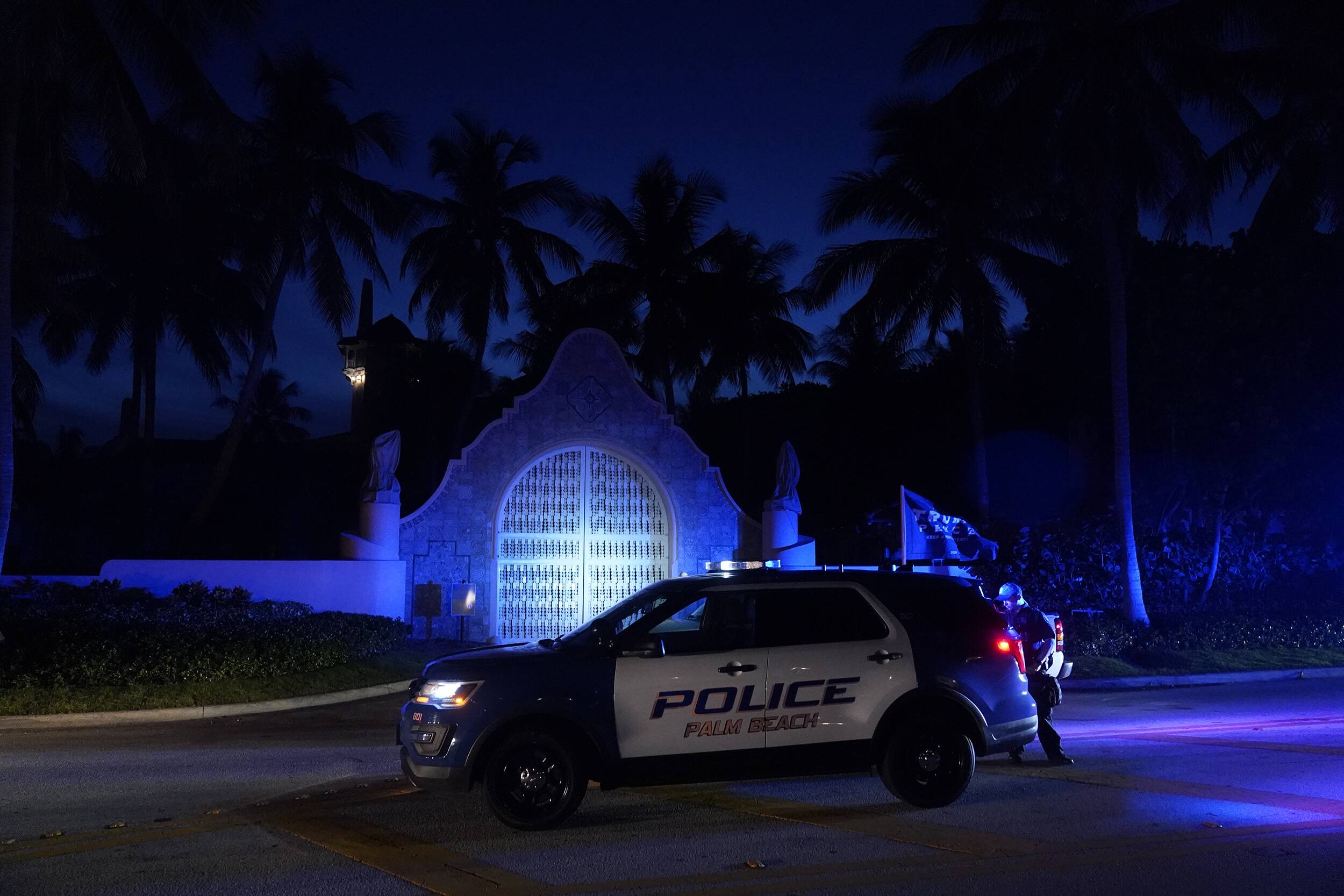 The dramatic search of Mar-a-Lago, the Florida home of Donald Trump by FBI has once again shown the extent of suspicion against the former president by the Biden administration, with the US Congress investigation on the Capitol Hill riot at the background.

It provides further support to the recently published book, This Will Not Pass, packed with explosive revelations on American politics, the daily infighting with the Democratic Party and Donald Trump’s extraordinary hold on the Republican Party (GOP), and the mistrust of the media. The authors Jonathan Martin and Alexander Burns deliver 466 pages of essential reading on the chaos consuming American democracy from the 2020 election campaign to the legislative quagmire and simmering tensions that still linger today. 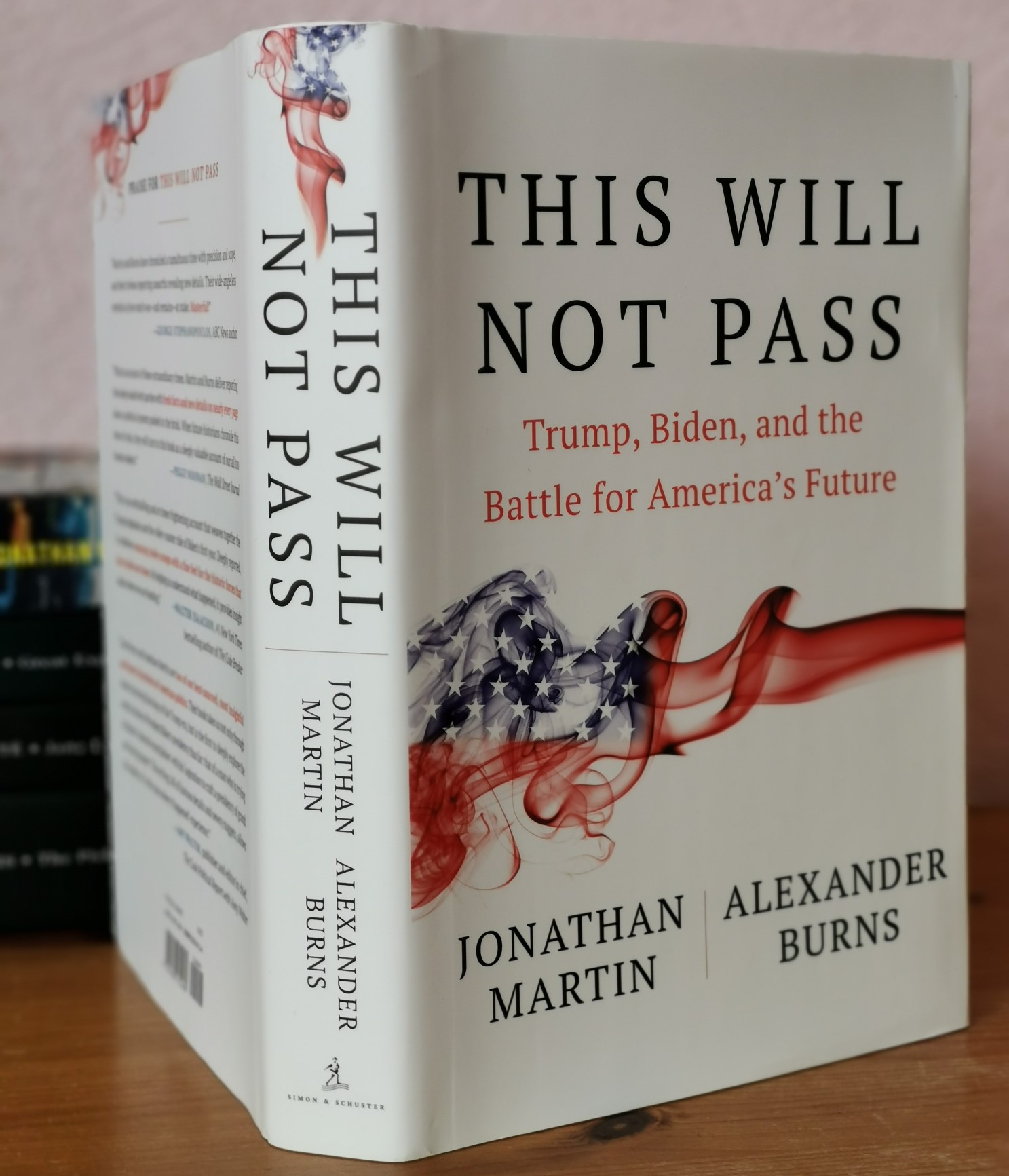 The subtitle, Trump, Biden and the Battle for America’s Future, captures well the key issues at stake, for there can be no certainties about the future of American politics given the divisions detailed in this book. The twists and turns of political fortunes charted here would have undoubtedly made shocking headlines by themselves, but it is in the accumulation of small details, whether in how the government functions (or, perhaps more accurately, malfunctions), or the glimpses of the world beyond the Capitol, that reveals much about the state of America’s democratic crisis.

The American political system was once reputed as the forefront of the modern world but there has been a sickness afflicting American politics for years. The stories told by Martin and Burns, drawn from exclusive private conversations and interviews, give a harrowing account of how the symptoms have become much, much worse in the past two years. Indeed, Vice President Kamala Harris is reported to have said as much to the now former German Chancellor Angela Merkel; Harris described Donald Trump as representing “a bubbling-up of a contagion that had been in the American system for a long time” and that the “underlying illness was likely not gone just because Trump had lost the election”. 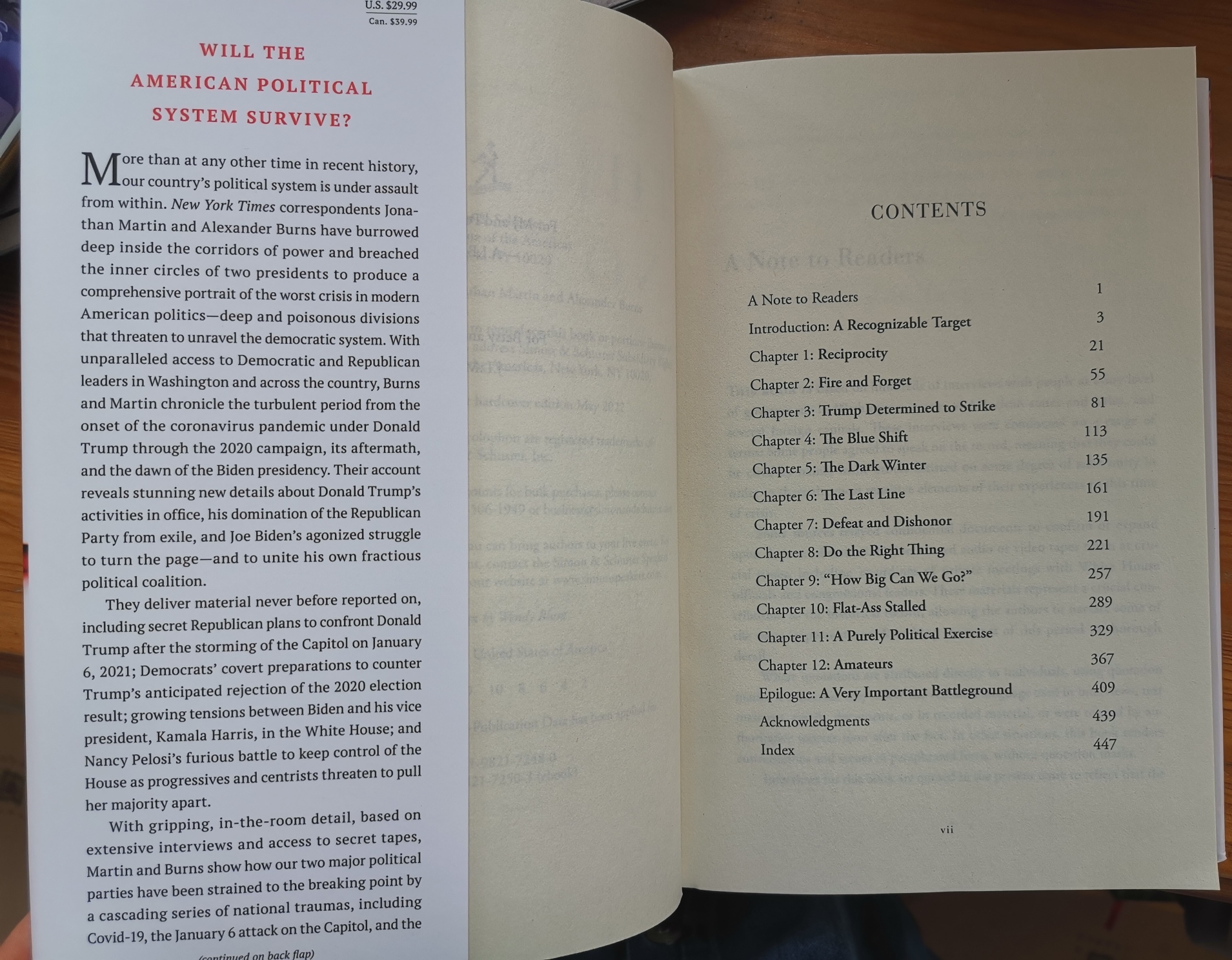 Such frank words bear little resemblance to America’s still often-heralded image as a beacon of freedom and democracy across the world. The United States has long advocated democracy and freedoms across the globe, but the book has illustrated the increasing fragility of the American democratic system. Trump and his supporters appear to have seized total control of the GOP, and still do to a large extent more than two years after Biden’s win, despite many senior senators’ private misgivings about the former reality TV star, and they are committed to overturning democracy and the rule of law, as made clear by Trump’s private remarks following his defeat in the 2020 election. This is reflected by the authors’ accounts of the few Republican legislators who dared to express a view outside of Trump’s increasingly narrow and unstable mind-set. Sadly, they were all swiftly marginalised to the political wilderness for their disobedience or, perhaps worse for a healthy democracy, have simply planned to retire from public life.

Although key fissures already existed in American government before 2020, it is clear that pre-existing standards and scrutiny from an independent media can no longer be expected. The election campaign, for example, was characterised by struggles between disparate groups that have no common grounds, as seen by some states’ intransigence against health measures that would have protected their citizens during the COVID-19 pandemic. Much of this depends on the partisan news coverage; in the case of Fox News and other right-wing outlets, the authors contend that many American viewers “were marinating in a toxic brew of social-media conspiracy theories and anti-vaccine rhetoric” due to their exposure. President Joe Biden himself had described Fox News as “one of the most destructive forces in the United States” and its owner, Rupert Murdoch, as “the most dangerous man in the world”. These are telling sentiments from a politician who had been involved in Washington for decades and whose predecessors were often described as the leader of the free world. 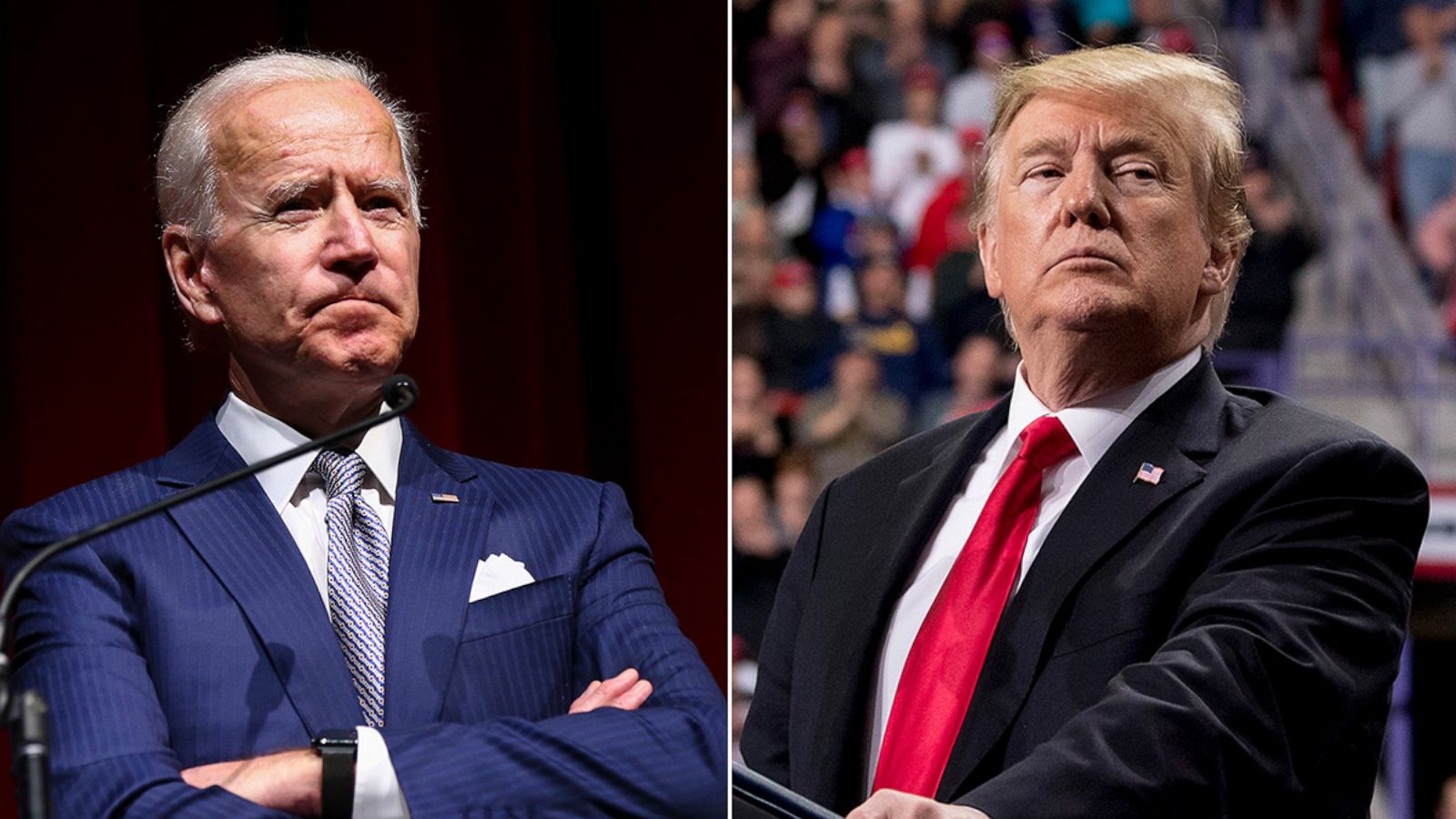 Ironically, some senior Republicans, including Jim Justice, the governor of West Virginia and Mitch McConnell, the Machiavellian Senate Minority Leader, have little time for such anti-vax views, but they were seemingly powerless or unwilling to battle against the forces that now dominate their party. Reading these unexpected instances of the dramatic differences between a politician’s public and private views, one cannot help but think that fake news has become a political force in its own right, and just like revolutions, it is liable to devour its own children.

This is not to say politicians are mere victims. Instead, what emerges most clearly through the pages is these politicians’ self-interest. Trump is famous for spreading and weaponising disinformation to suit his own mercurial interests, and it would be hard to feel sympathy for him when reading his election-night rage against Fox News’s early call that Arizona has swung to Biden. His electoral defeat, however, certainly does not mean that the media will be any more independent or objective in their reporting as a result. After all, Trump and the Fox News network’s reconciliation in 2021 speaks volumes of how deeply intertwined their interests remain and this book will be far from the final word on Trump’s alliance with ‘fake news’. 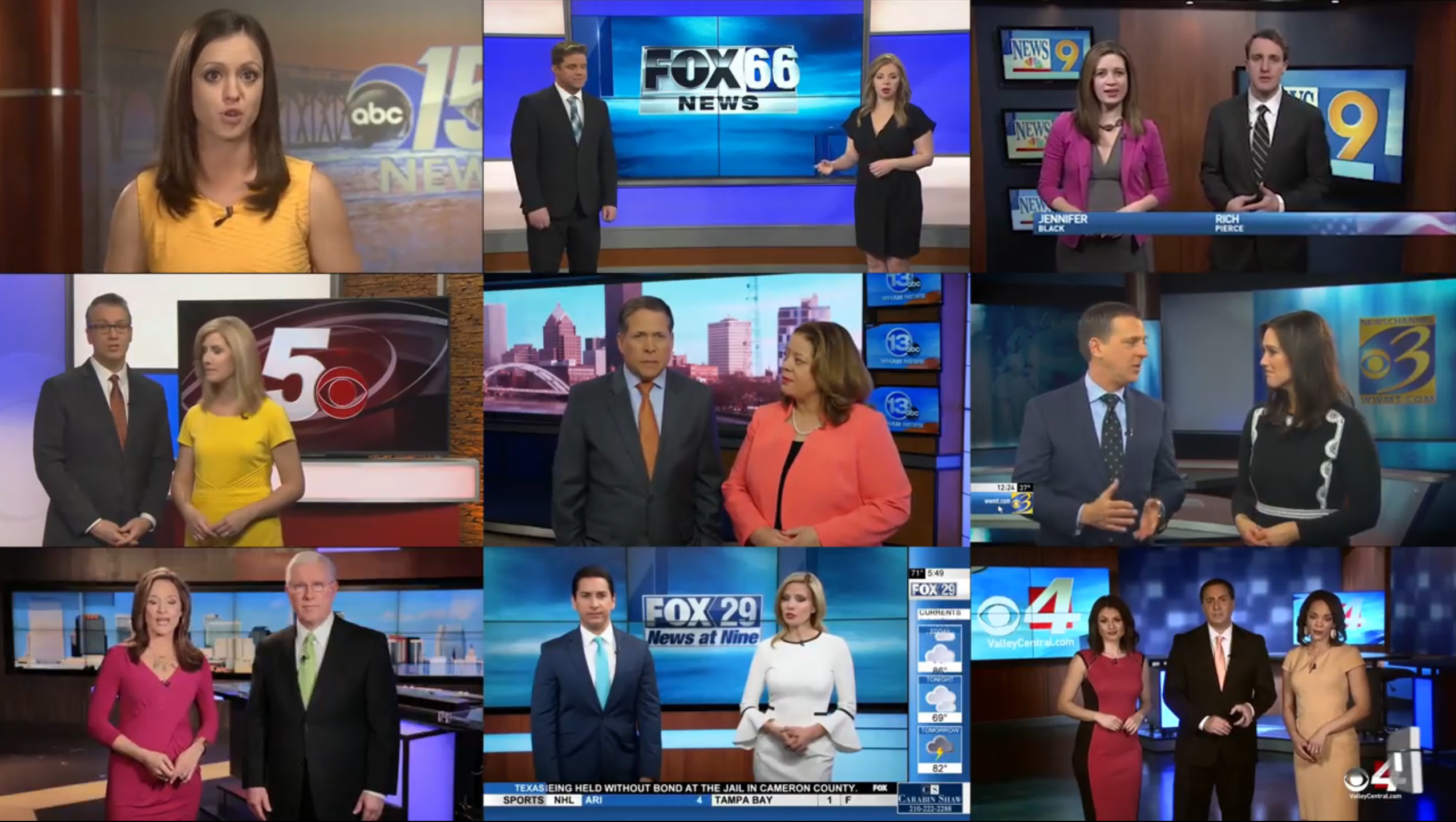 Nor should we think that disinformation was not rife among Democrats. Although at times in 2019 it appeared a very difficult feat to achieve, Democrats were the party holding the presidency and both houses of congress in 2021. However, the Democrats still have to resort to political trickery to advance their agenda thanks to the arcane rules governing American law-making.

Combine with their internal divisions over matters of policy or ,most interestingly for readers seeking intriguing insights into American politics, personality clashes, this book offers a skilful retelling of dramatic moments when the truth was very much not priority. Nancy Pelosi, the long-standing Speaker of the House of representatives, was for instance, described as reneging on an earlier promise she made to some Democrat congressman and congresswomen and providing a highly misleading account of that promise to her party, all in a bid to push through a fiercely-debated infrastructure bill.  This ploy did not work which in sign of the truth still matters a little in politics, but  it remains a reminder that “fake news” was not a new invention of the twenty-first century as disinformation has long-standing in politic and it is bipartisan to a fault. 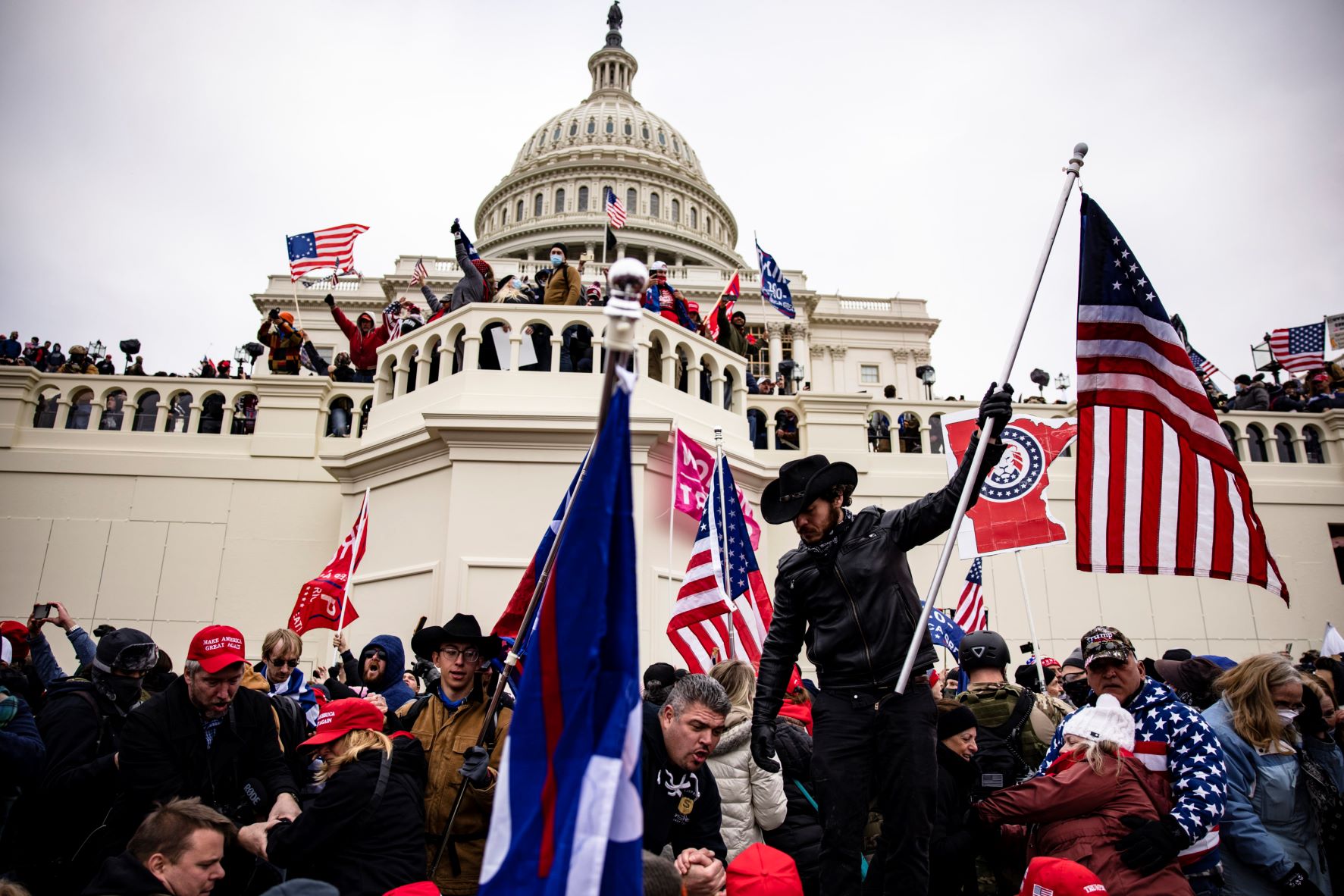 In a world where the truth is very much relative, it is understandable for the public to disengage from the political quagmire in Washington and for politicians themselves to make decisions carelessly, to chase ratings instead of considering the nation’s best interests. Not only is democracy in danger as a result, America is now “incapable of resolving its most important and intractable domestic problems”, as the authors conclude in their riveting narrative of a divided house. Faced with internal contradictions that will only get worse in the coming year, particularly due to severe inflation and the widening gap between the rich and the poor, to say little of the long-term divisions in American society over gun ownership and abortion, it is unlikely that the popular anger built up over the past few years will abate.

Does this mean that America is sinking further into irreversible political polarisation and recent events herald the demise of democracy? Only time will tell, but this book is unlikely to give the reader much confidence that the fortune of American democracy will change and a better politics will come to pass.

Dark challenges are lurking everywhere and waiting to pounce.