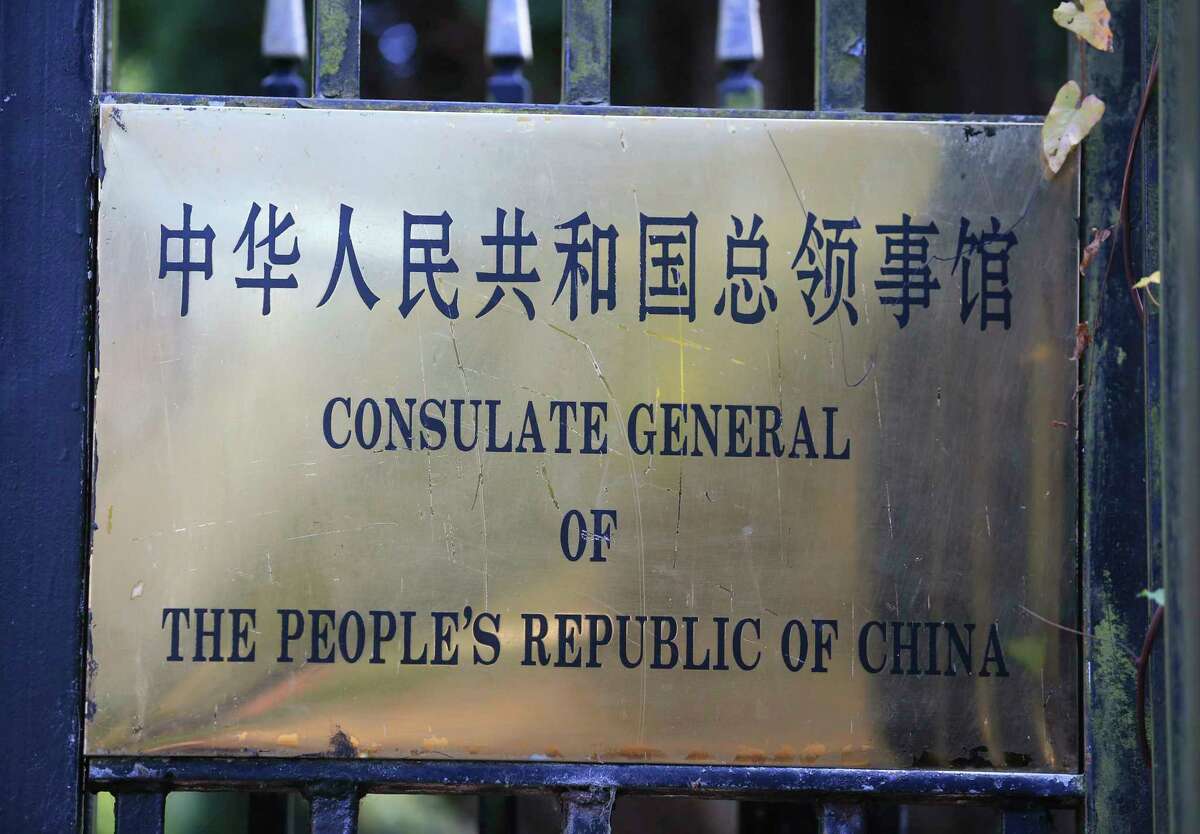 The Consul-General Zheng Xiyuan, one of China’s most senior diplomats in the UK, also revealed the contents of a letter he has written to Greater Manchester Police.

Zheng gave an account of the facts of the incident. A group of the so-called Hong Kong independence activists staged a protest in front of the General Consulate on October 16th. They displayed very close to the consulate’s main entrance a large volume of deeply offensive imagery and slogans deliberately designed to provoke, harass, alarm and distress the consular staff, and as such, their act constituted behaviour contrary to both Section 4 and Section 5 of the Public Order Act 1986. 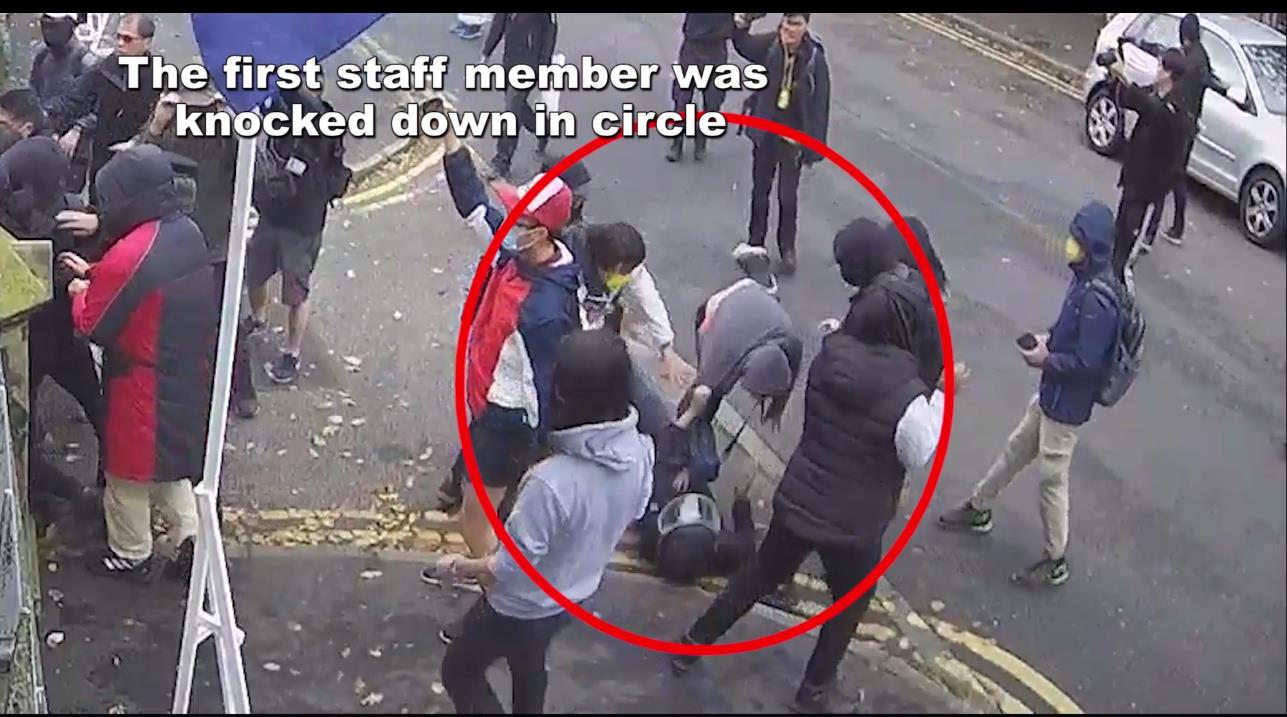 The protesters were asked politely to remove the imagery and slogans but refused to do so. There was no prior notification of the protest and the consular staff called police.

At one point, the consulate grounds were stormed by the protesters and members of consular staff were required to physically fend off unauthorised entry and subsequent assaults. One of the protesters grabbed a member of consular staff by the neck and refused to let go. In an effort to free the staff member, other members of staff pulled their colleague into the consulate compound. Despite this, the attacker persistently refused to let go and plunged into the premise himself. Several consular staff members tried to pull him off, the attacker continued assaulting and so the staff had to disentangle his hands. Eventually the attacker was removed with the assistance of the police but not before the consular staff received injuries. 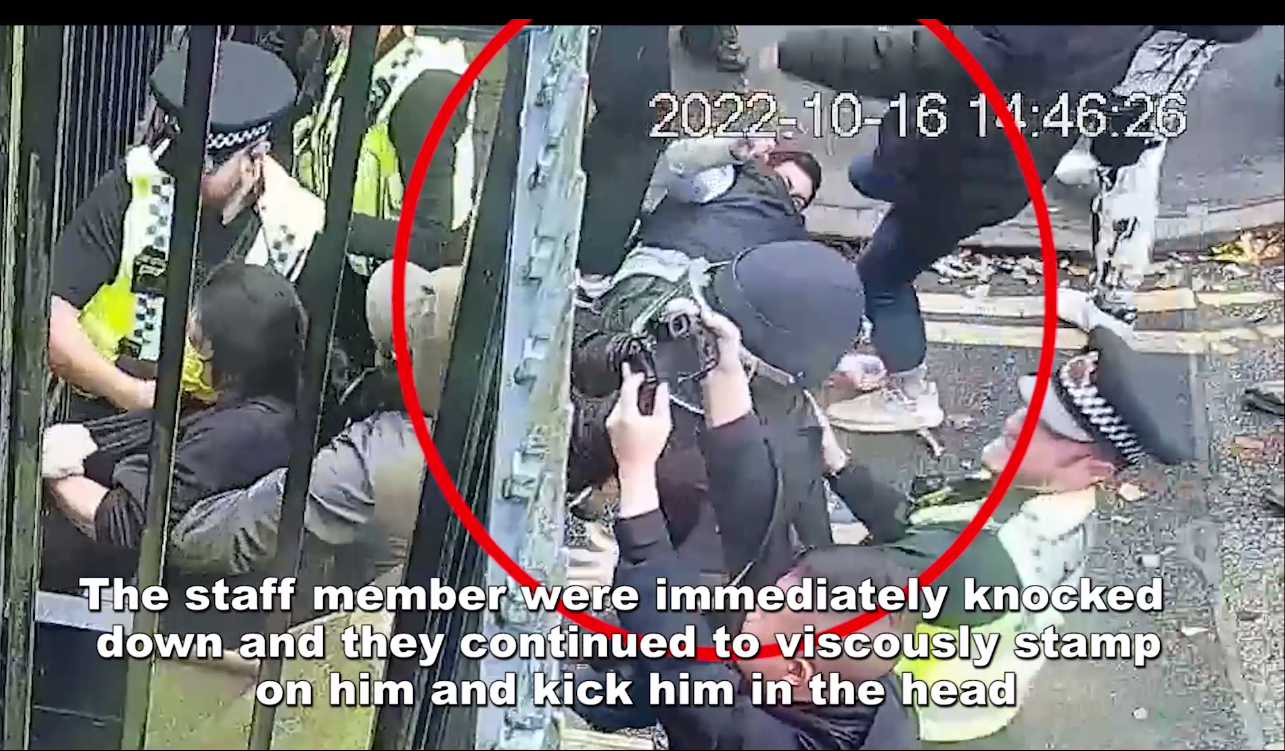 Zheng said that he had been in Manchester for four years with his wife and enjoyed the friendship with the city and its citizens and that he does not want this friendship damaged by the incident. “We are respectful of the right to protest, as guaranteed under UK law, and a number of protests have been held in front of the consulate over the years, all of which have passed off uneventfully,” The Consul-General added. 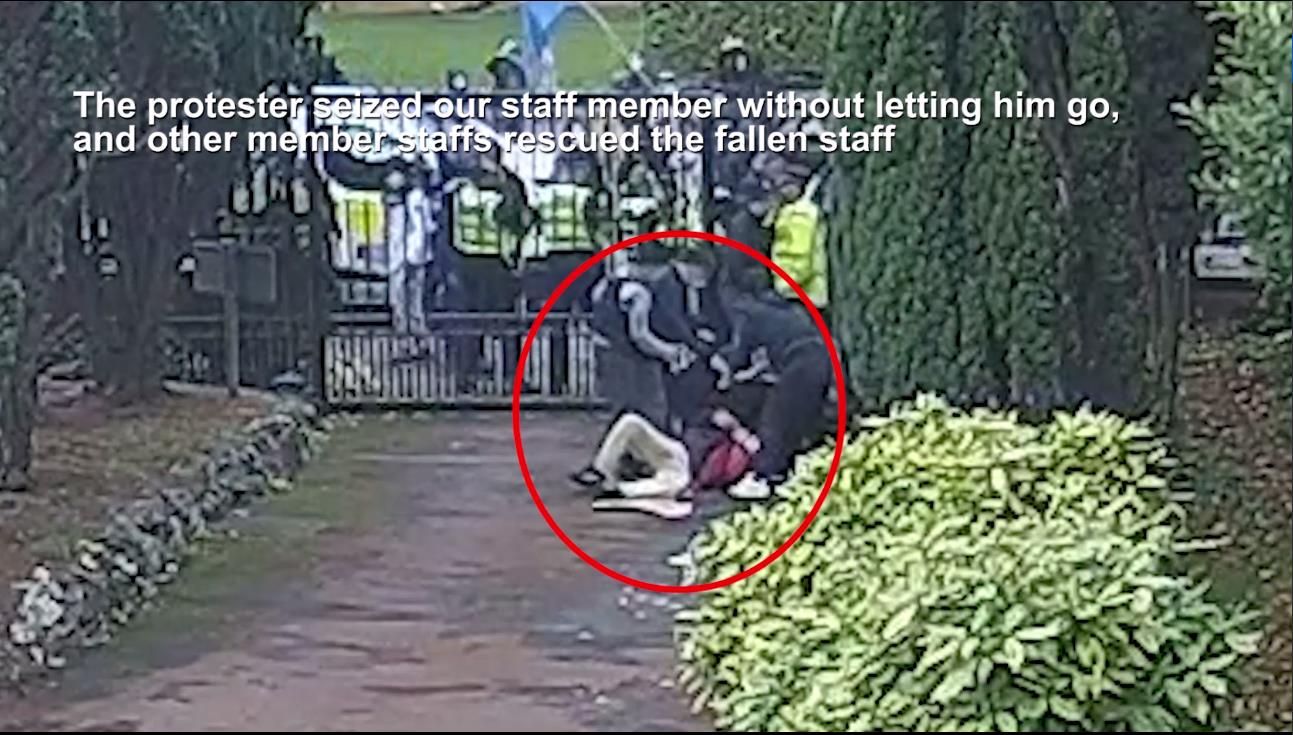 Today Chinese Embassy spokesperson’s remarks on the violent intrusion and harassment against the Chinese Consulate General in Manchester.

Question : According to media reports , a protester was allegedly assaulted in the grounds of the Chinese Consulate General in Manchester , and British police are investigating the incident . What is your comment ?

Embassy Spokesperson : The Chinese side expresses its grave concern over the illegal intrusion and harassment against the premises and staff of the Chinese Consulate General in Manchester and has made representations to the UK side regarding the incident .

I must emphasise that the vicious harassment and illegal entry into the consulate by the relevant person caused injuries to the Chinese staff and endangered the security of the premises of the consulate .