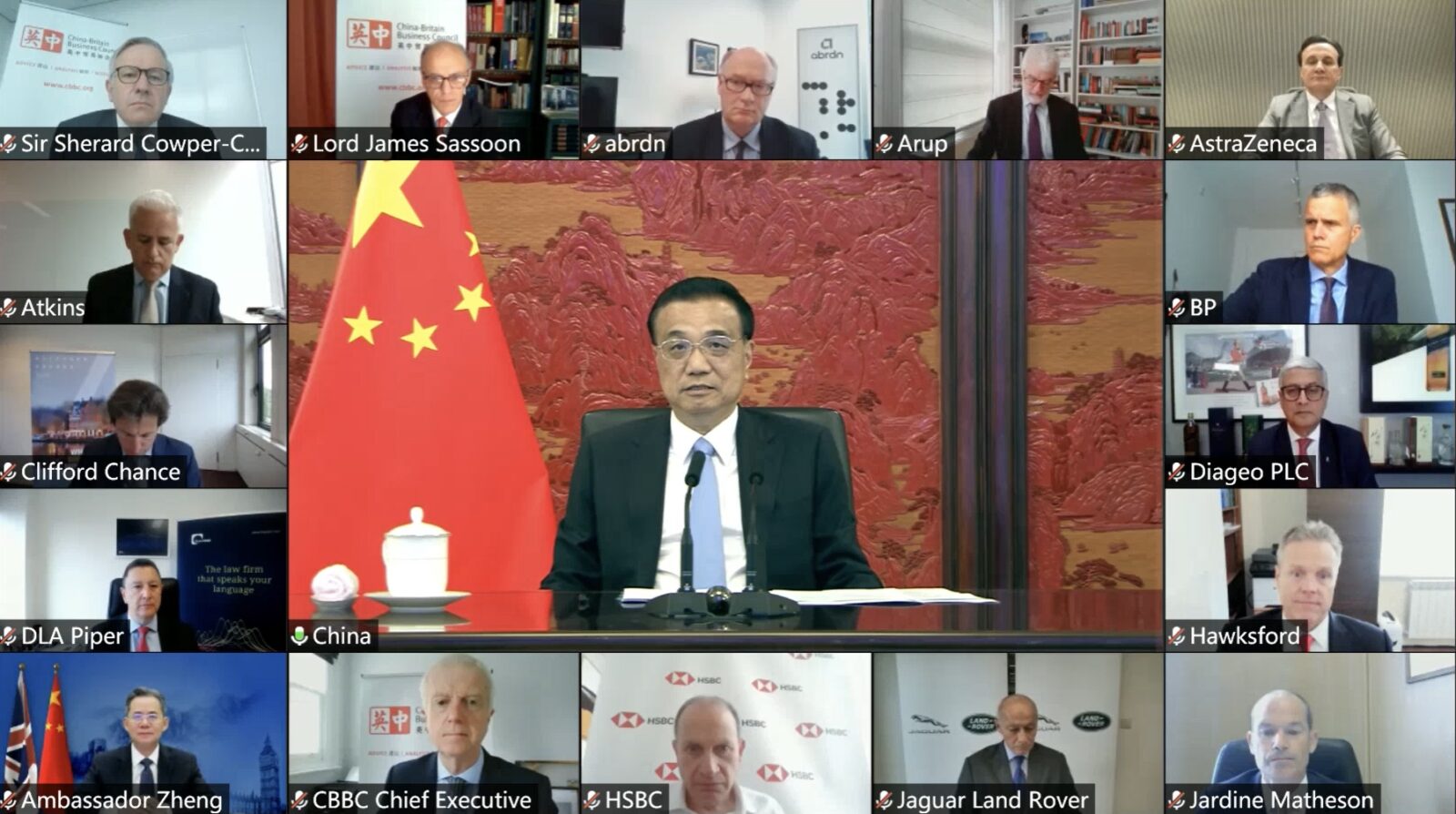 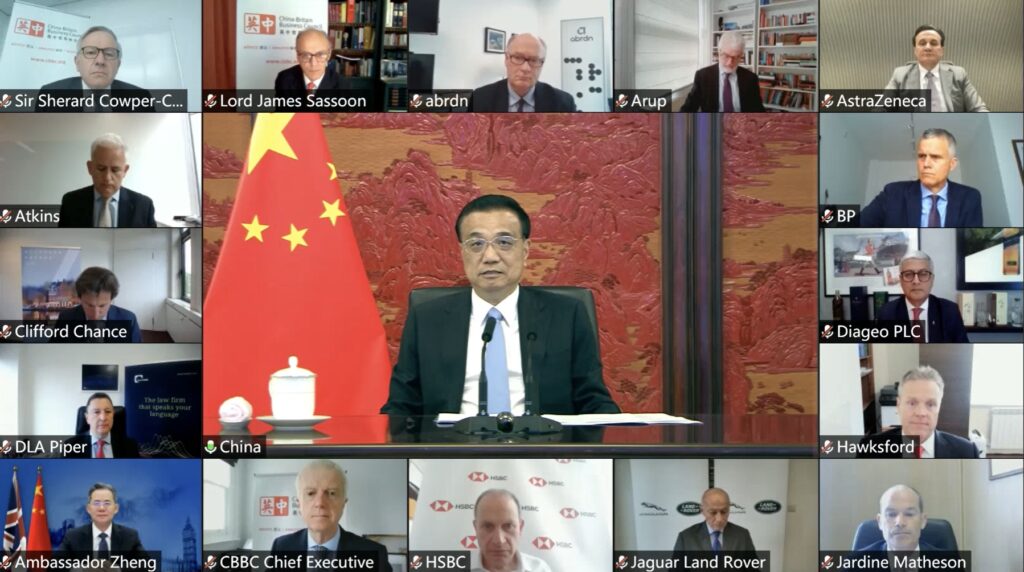 As a sign of the thriving business ties between the UK and China, CBBC held a virtual meeting with Premier LI Keqiang and a group of senior UK business leaders from CBBC Member companies, on 6th July 2021. By CBBC latest

CBBC Business Group Meets Chinese Premier LI Keqiang today. The meeting covered a wide range of issues, including bilateral trade and investment, measures to improve the business environment and counter the impact of the Covid-19 pandemic, as well as joint efforts to combat climate change.

In his opening remarks, Premier LI commented that, “UK-China trade has increased against all odds; investment is also on the rise. These trends show that between China and the UK there are not just shared interests, but space for growth. A sound and steady UK-China relationship is also critical for the growth of trade and investment between our two countries.”

CBBC Chair, Sir Sherard Cowper-Coles commenting on the meeting. He said we greatly appreciate this opportunity to engage with Premier LI. The discussion highlighted how a healthy trade and investment relationship is in the national interest of both the UK and China. As a UK trade minister told Parliament recently, China is probably the biggest single economic opportunity for this country in the coming years.

CBBC President Lord Sassoon said as it has done for over 65 years, the China-Britain Business Council is leading the way in helping British businesses access new opportunities in the China market. We hope that the two governments will now resume their high-level economic dialogues to the benefit of UK jobs and to building back better across the UK.”

Premier LI expressed his opinion that “it is important for both sides to remember the big picture. Britain is committed to multilateralism and free trade, and China shares this commitment. Whatever problems there are, we can always work them out through dialogue.”