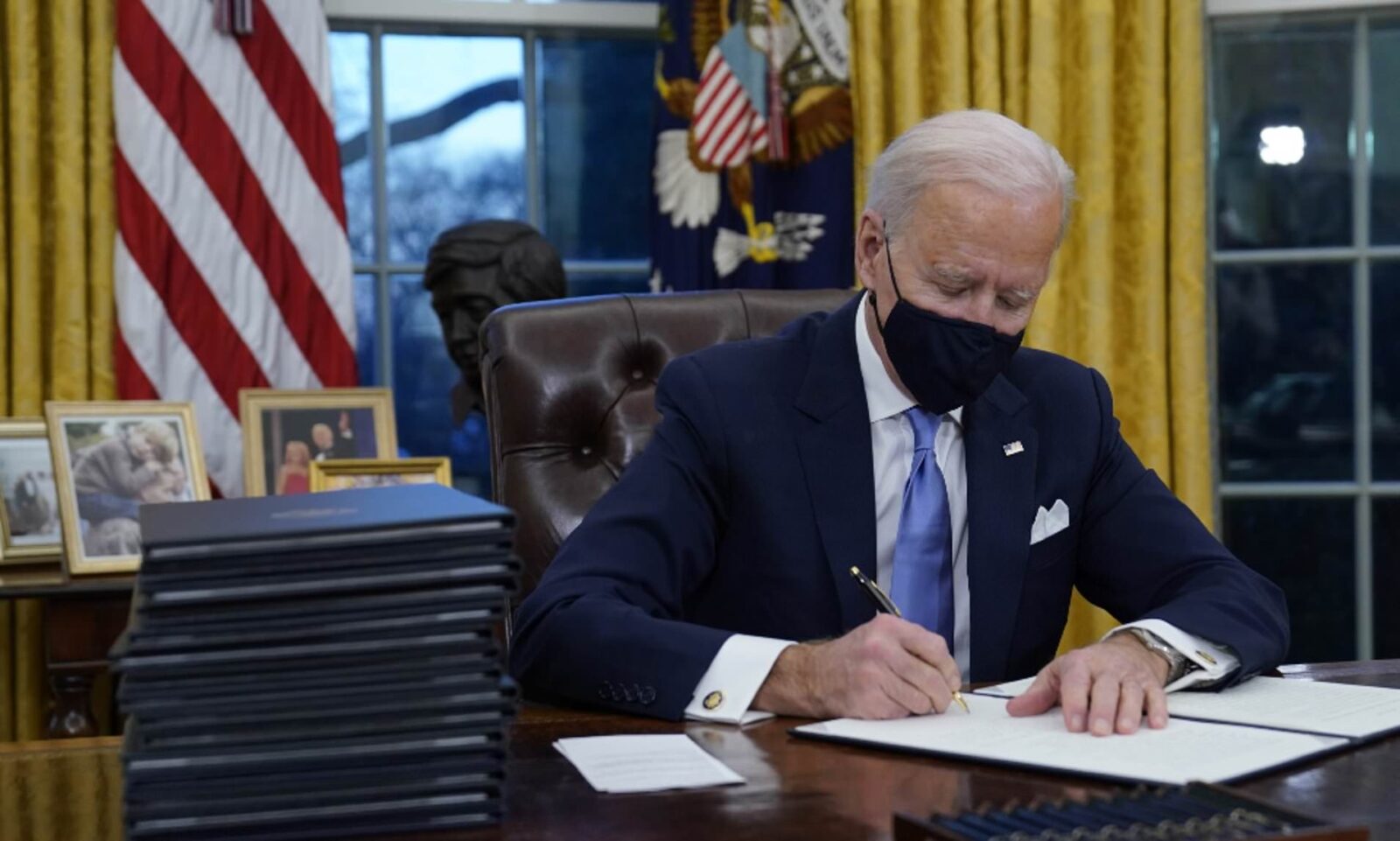 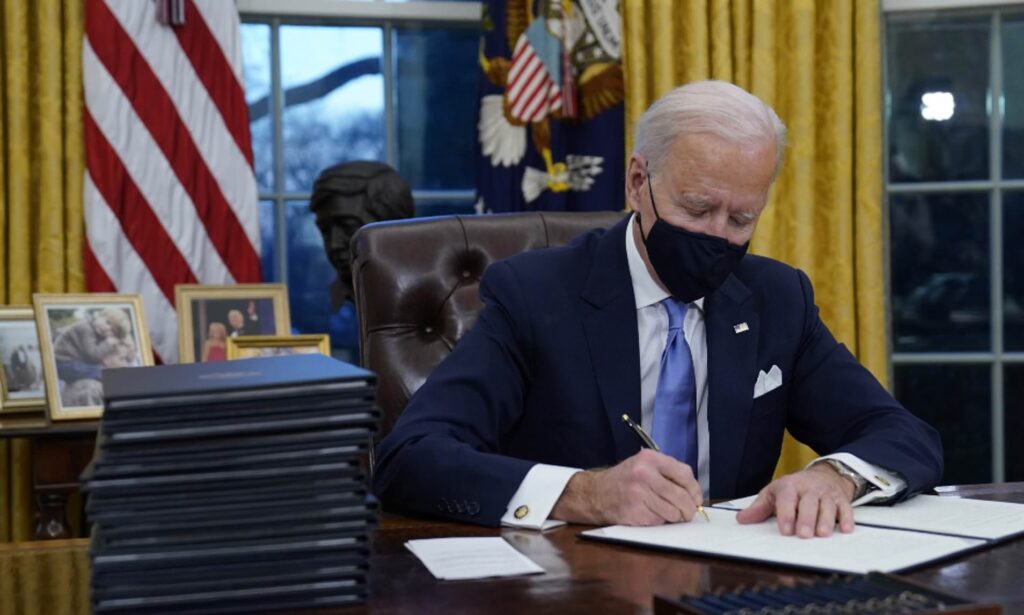 “Democracy is fragile, and at this hour, my friends, democracy has prevailed” Joe Biden has been sworn in as the 46th US president, ending one of the most dramatic political transitions in American history.

“Democracy has prevailed,” he said after taking the oath of office from Chief Justice John Roberts.

Donald Trump – who has not formally conceded the presidency to Mr Biden – snubbed the inauguration ceremony, in a departure from longstanding precedent.

US President Joe Biden has begun to undo some of Donald Trump’s key policies, hours after being sworn in.

“There is no time to waste when it comes to tackling the crises we face,” he tweeted as he headed to the White House following his inauguration.

President Biden is signing 15 executive orders aimed at boosting the federal response to the coronavirus crisis.

Other moves will reverse the previous administration’s stance on climate change, immigration and race relations.

President Biden “will take action – not just to reverse the gravest damages of the Trump administration – but also to start moving our country forward,” a statement detailing the orders said.

So, what are some of the standout orders?  The cornoravirus pandemic , the climate crisis and the immigration would be prioritized

Mr Biden is to enact a range of measures to help tackle Covid-19, which has claimed more than 400,000 lives in the US. The president’s executive orders will:

Mr Biden seeks to undo some of his predecessor’s controversial orders relating to environmental policy by:

The president has vowed to: