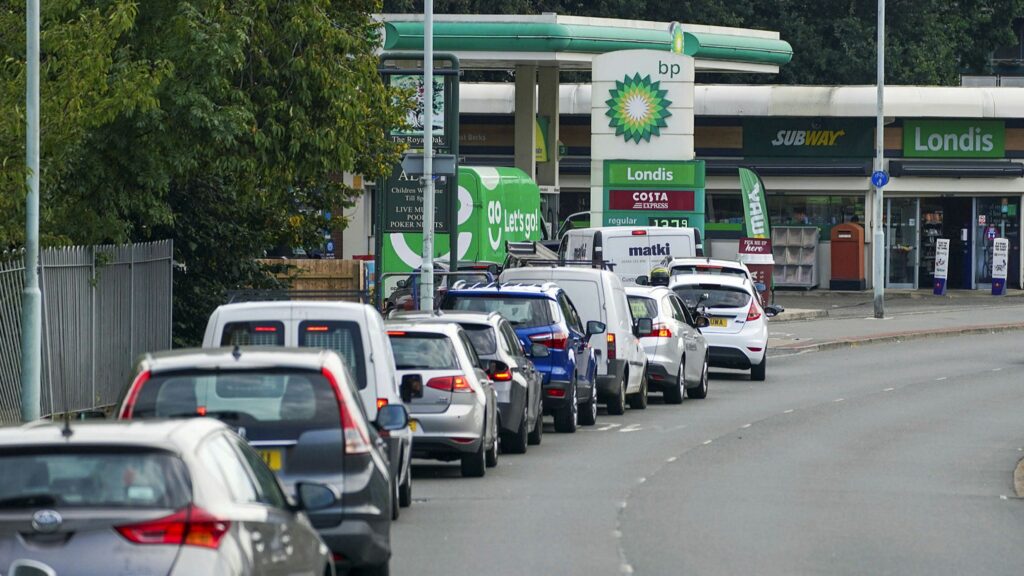 The government is facing calls to prioritise essential workers as some petrol supplies run dry amid impacts of a shortage of lorry drivers. Union Unison said that key workers should not be left stranded or forced to queue for hours for fuel, and called on the government to “designate fuel stations for the sole use of key workers”. From Sky News

Long queues were reported overnight and some petrol brands are seeing as many as 90% of their sites running dry, according to the Petrol Retailers Association.

Union Unison said that key workers should not be left stranded or forced to queue for hours for fuel, and called on the government to “designate fuel stations for the sole use of key workers”.

“Essential staff must be able to get to their jobs so they can continue to provide the services so many rely upon”, said the union’s general secretary Christina McAnea.

“Ambulance crews, nurses, care workers, teaching assistants, police staff and other key workers mustn’t be left stranded or forced to queue for hours simply to get to a pump.

“The government could solve this problem now by using emergency powers to designate fuel stations for the sole use of key workers.” 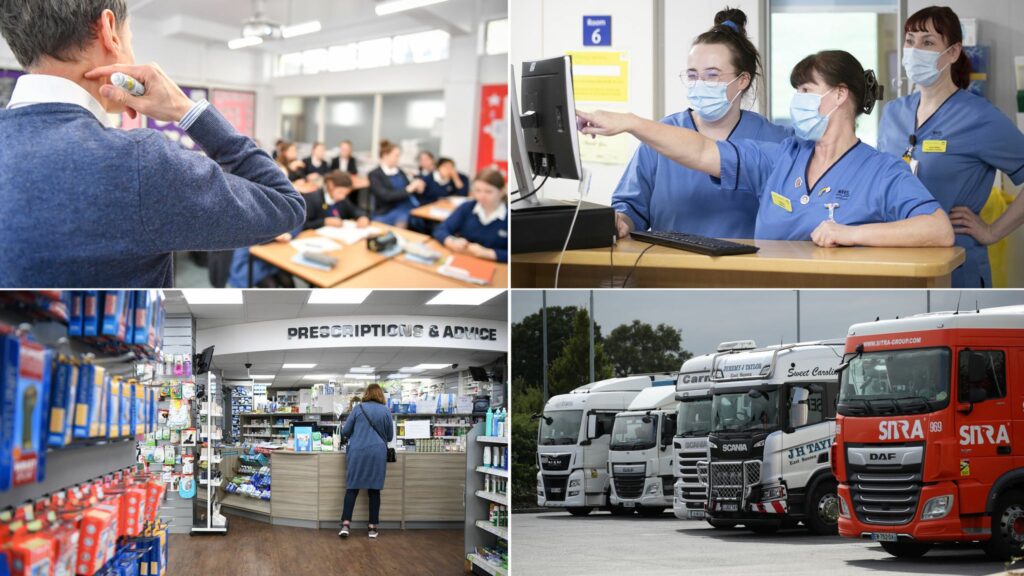 But what difficulties are essential workers experiencing?

Healthcare and essential workers should be given priority access to fuel, the British Medical Association has said.

Dr Chaand Nagpaul, BMA council chair, said healthcare workers should be prioritised to guarantee care to patients. He said “there is a real risk that NHS staff won’t be able to do their jobs”.

“While the government has said it is putting plans in place to alleviate the shortage of HGV drivers to transport fuel, the results of this won’t be immediate,” Dr Nagpaul added.

“Healthcare and essential workers must therefore be given priority access to fuel so they can continue their crucial work and guarantee care to patients.”

Earlier, a campaign group called Every Doctor, which has 1,700 members, had reported that some healthcare workers were unable to get to work and said the government should clarify its plan “to ensure that all NHS staff can reach their workplaces safely during this fuel crisis”. 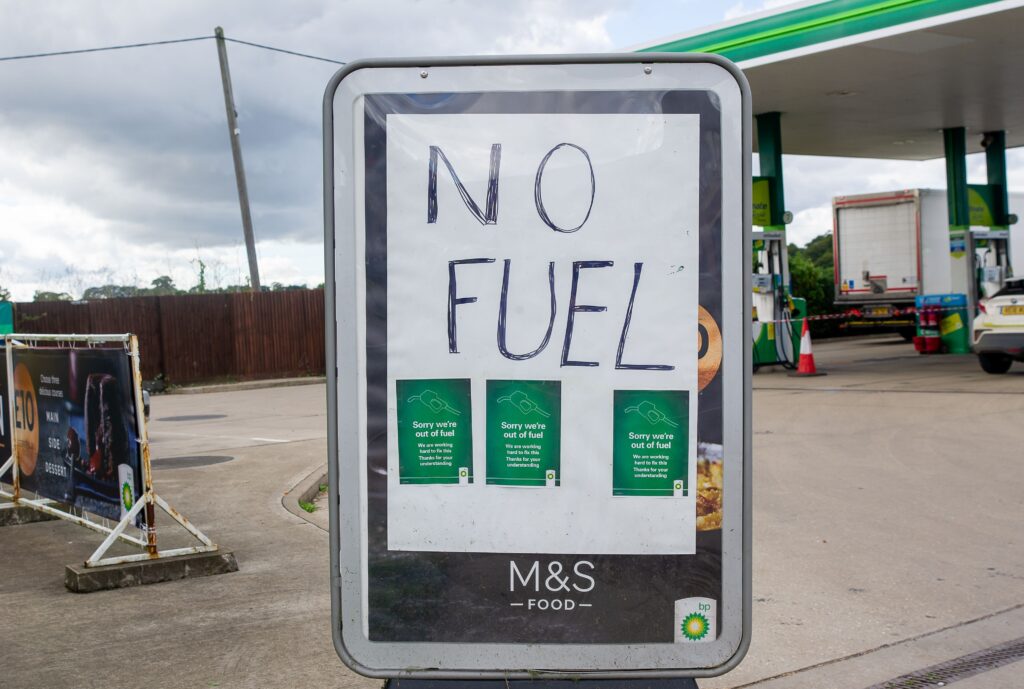 As same as other key workers like nursing, police and homecare workers, are all facing at risk of being unable to turn up to work due to crisis of topping up fuel

The Royal College of Nursing said health and care workers need to be prioritised or patients could be at risk.

RCN England director Patricia Marquis said: “Nursing staff do valuable work, often travelling long distances to get to work or see their patients in the community.

John Apter, National Chair of the Police Federation of England and Wales said the panic buying was putting a strain on policing.

He said: “Police officers are having to attend petrol stations to ensure people are behaving sensibly. They also must get to and from their place of work, and this is being increasingly inhibited as they struggle to fuel vehicles.

“In light of these supply problems, all the key workers need to be a priority or patient care will be compromised.”

The government needs to give urgent consideration as to how my colleagues and other emergency workers can get the fuel they need to travel to work and do their job.