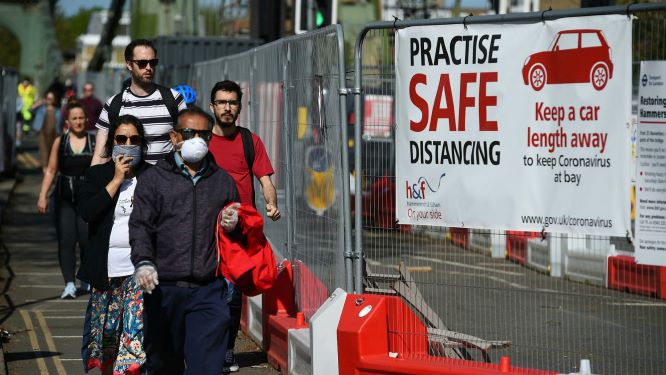 How people divide their working hours between home and office should develop naturally over time and not be forced into law, senior financial services industry officials said on Today. From Reuters business reports

Britain has indicated it may legislate to allow people to work flexibly by dividing their time between the office and home, building on the experience of millions who have worked from home since COVID-19 forced lockdowns in March last year.

Many firms have already said they plan a mix of home and office working once pandemic restrictions are lifted.

“This is going to evolve, clearly, and that’s why legislation would be inappropriate,” Bruce Carnegie-Brown, chairman of the Lloyd’s of London insurance market, told City & Financial’s City Week event.

Anne Richards, chief executive of asset manager Fidelity International, said employers were being forced to think hard about what they are asking people to come into the office to do and what can be done from home.

“Ultimately it will become something of a competitive advantage if you can get the balance right on some of these things, give people a bit more flexibility to act as grown-ups,” Richards said.

“I don’t think a legislative approach probably is the right answer, I think this will find its own natural equilibrium,” she added.

Karan Bilimoria, president of the Confederation of British Industry, an employers’ body, said employers should make their own decisions on the mix of working from home or office.

“It would be the wrong thing to force this to happen, it should evolve in its own way,” Bilimoria said.

Carnegie-Brown said the return to the office should be treated carefully so those working from home did not feel excluded.