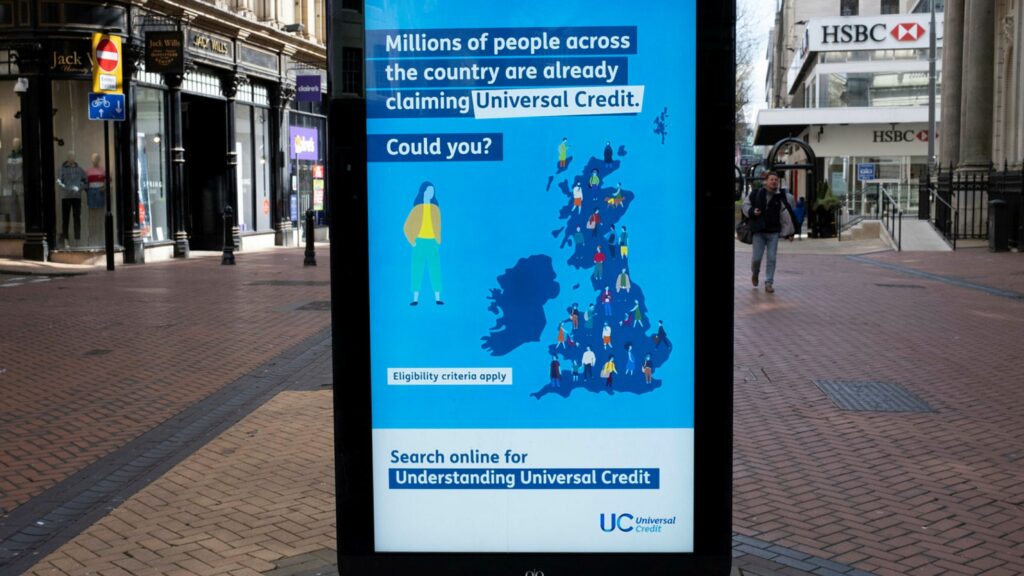 During the coronavirus pandemic, the UK universal credit system has to pay out more credits to those who suddenly in the situation of lost their income and have to face the reality of a new life on benefits, and how opinions of the welfare system are changing after the number of Universal Credit claimants nearly doubled to 5.7 million this year.

Paul Sweeney was a former Labour and Co-op MP for Glasgow North East and Shadow Scotland Office Minister and he told to media recently.

No one saw 2020 coming. This time last year, I was in the thick of another snap General Election campaign, after having served two-and-a-half years as the MP for Glasgow North East and a shadow minister on Labour’s front bench, defending a wafer-thin majority of 242.

Despite slogging hard to beat the national swing against my party and fighting to hold my opponents to the most marginal result in Glasgow, I lost my job by 2,548 votes.

Suddenly I went from working intense 18-hour days between Glasgow and London to having what seemed to be, at that moment at least, my whole purpose in life taken away.

Although I had never expected to become an MP at the 2017 election – trailing by 16/1 at the bookies – I very quickly discovered that representing my home city in Parliament was my true vocation in life, and became heavily invested in many local and national campaigns. Before that I was lucky enough to have had a steady series of jobs from the age of 14, starting with a paper round, waiter and supermarket assistant, becoming an Army reservist, then working in the shipbuilding industry as a graduate.

While recovering from a physically and mentally shattering 2019, I began working for Angela Rayner’s successful campaign to become deputy leader of the Labour Party in January, which also gave me some breathing space to figure out what I was going to do next. Then Covid-19 struck. 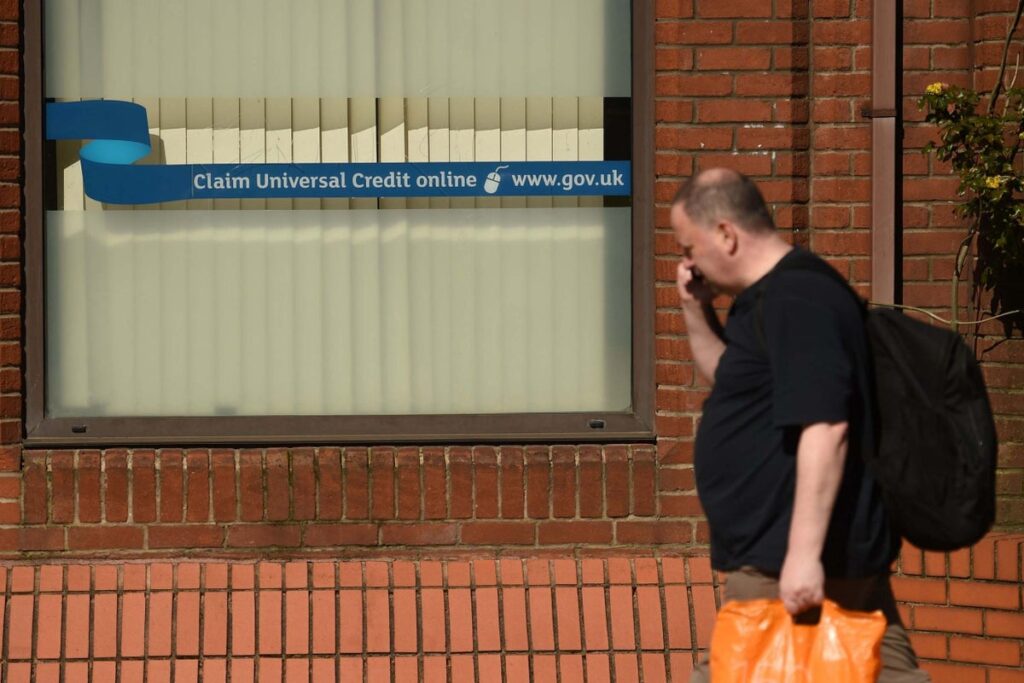 My redundancy was two months’ wages. A month later, with the Labour leadership campaign coming to an end, I was forced to face up to something I had never really had to confront before: unemployment, compounded by the disorientating environment of the pandemic lockdown and society grinding to a halt.

Despite the commonly held-belief that ex-MPs get generous payouts on leaving office, as I only served two calendar years, my redundancy from Parliament was just two months’ wages, which swiftly depletes like sand in an hourglass when you have a mortgage and car finance to pay, as well as other living costs. I also live alone, so had no partner to support me. It’s a crushing realisation and one that can easily overwhelm you as the anxiety of what to do next sets in.

Having previously assisted many constituents with their problems dealing with the notorious Department for Work and Pensions, I approached the idea of applying for Universal Credit with some trepidation, knowing the tortuous experiences many others had gone through, but for me at least I found the online application reasonably straightforward, mainly due to the Government simplifying the normally Kafkaesque process under the pressure of an unprecedented volume of applications.

This was a revelation in itself for me, that all the hardship that so many of my former constituents had experienced in just trying to access the social security system could be easily removed at the whim of the Government, that this insidious psychological warfare against unemployed and disabled people was actually all by conscious design.

Then began the long five-week wait for the first payment, without knowing what I would even get paid each month. It eventually told me that I would get £283.74, not enough to live on but certainly enough to take the edge off relying entirely on my dwindling savings. I also took out a six-month mortgage holiday to buy some time, which was straightforward to do online with my bank.

This has been a massive change from my previous salary of £77,000, when I was able to overpay my mortgage and help out family members in ways I could never have dreamt of previously. Now I am plunged back into thinking about budgeting day-to-day, which has been easier in some ways than it might otherwise have been due to the social and travel restrictions of lockdown, but even thinking about going out to meet friends for a coffee or lunch as lockdown eased has had to be weighed against how much of my savings I’ve spent that month after my bills. It’s a bleak calculation to be made. I get a pang of anxiety every time I open my banking app on my phone to see how much my balance has dwindled by.

You might think that an ex-MP would be quickly employed in some high-end job, but despite applying for several jobs at various levels of seniority I haven’t even had an interview yet. Many of the people I previously met who relied on social security were desperate to progress to employment, and many were simply victims of unfortunate events outwith their control. My own situation this year has merely confirmed to me that no matter how well-qualified you are, or how prestigious your previous job was, most people in this country are only a couple of missing monthly wage slips away from serious financial hardship, yet our social security system still barely plugs that gap.

Heaping rejection upon rejection with the isolation of lockdown alone in a flat and the end of a relationship means it is difficult to avoid feelings of worthlessness and despair. I will admit that I’ve occasionally had suicidal thoughts in my darker moments over the last few months.

I’ve found some renewed sense of purpose in helping local charities deliver emergency food parcels to the elderly and disabled during the lockdown, taking on a project to create digital information packs in multiple languages and distribute them on smartphones to asylum seekers stranded in hotels around the city, as well as volunteering on the pioneering safe drug consumption pilot in Glasgow city centre.

As well as taking my mind off my ever-lingering anxiety and depression, when it’s difficult to even get out of bed for days at a time, it also gives me a vital sense of perspective on my wider situation. No matter how hopeless you might think your own, hopefully temporary, predicament might be, it pales in comparison to that faced by countless others. 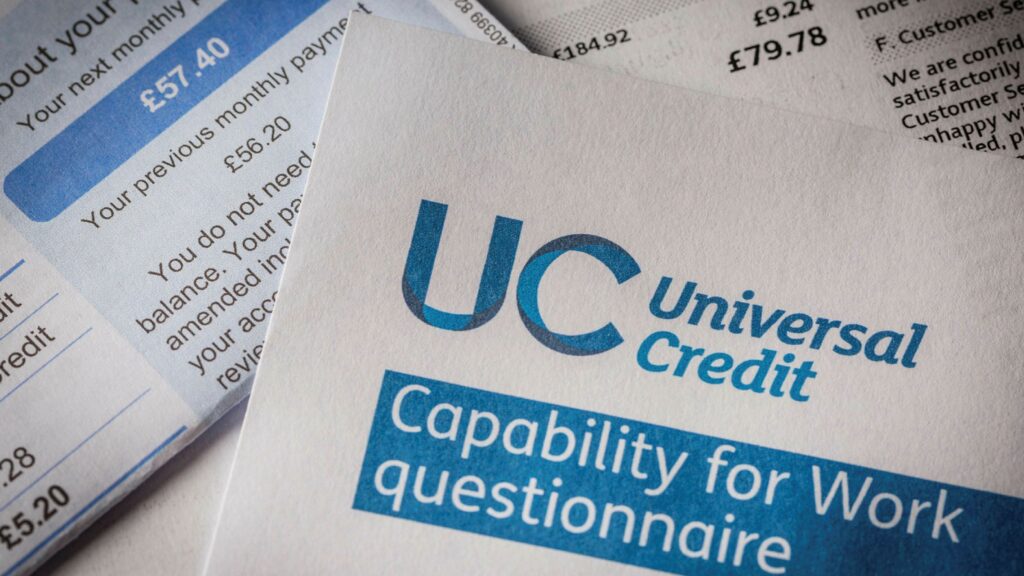 The pandemic will have tested many people to their limits, physically, psychologically, emotionally. I can only hope that it has also inspired a realisation that no matter your seeming privilege or status in our materialistic society, you are only ever really a few unexpected mishaps away from hardship.

If something good is to come of this year of Covid, it should be a rediscovery of compassion and a determination to re-assert solidarity as the abiding principle of our society, that we are all vulnerable to events outside of our control, that we share a common interest in removing the shame from need, and we must ensure that we are, as a community, as resilient as possible.

A good start would be to use the simplified Universal Credit system as a universal leveller, enhancing it further to provide a guaranteed and dignified level of minimum income for all those who need it. The changes made to the system at the start of lockdown show that lives can be improved with a few lines of code added to the system to remove the onerous system of surveillance, restrictions, and sanctions.

That the Chancellor, my former parliamentary colleague and multi-millionaire, is considering cutting my monthly Universal Credit allowance back by £80 in April to £203.74 is a nauseating prospect. How can Mr Sunak even begin to relate to having to live on such an obscenely low income, far less make decisions for the good of the people. Perhaps this stark realisation will give people pause for thought when they assume that all 650 MPs in Parliament are just the same – some are closer to their day-to-day hardships than they might have realised.

Times Publications Global Business Reports have been setting standards since 1994 providing  investors and companies with the resources to make good decisions in their chosen markets.... END_OF_DOCUMENT_TOKEN_TO_BE_REPLACED