The same estimates suggest that Poland needs at least 120,000 drivers, while Germany and France also have a shortage of more than 40,000 each.

The industry estimates that the UK needs 100,000 drivers to partly alleviate supply chain pressures that have seen people queueing at petrol stations around the country this week.

A Sky News analysis suggests that the UK’s shortages are being made worse by one of the largest declines in lorry driver workforces across Europe.

Almost 50,000 HGV drivers – one in seven – have left the road in the UK since 2016, while Romania has added as many drivers during the same period. 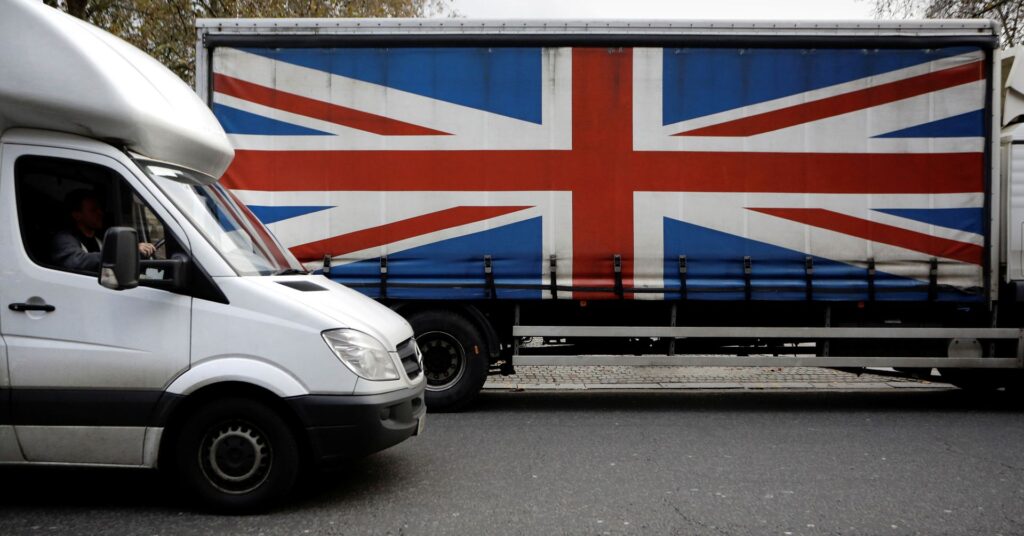 France and Germany have also seen a reduction in HGV drivers, but the percentage decline has been less than the UK.

In Poland, despite an increase in HGV drivers over the past five years, more are needed.

Sarah Smith, managing director at Transport Intelligence, said: “Nine percent more drivers in Poland is a good increase, but demand for drivers has grown far more quickly than that.

“Polish drivers undertake a lot of international routes as well as managing growing domestic demand. Carriers’ needs for drivers have pushed up demand from its domestic growth as well as international volume growth – that’s a lot of demand to keep up with.”

The UK government has introduced new measures to address the shortage, which include training new HGV drivers in free “skills bootcamps” and local courses.

But Transport Secretary Grant Shapps has said the industry will also need to raise wages to make the job more attractive to young people.

Mr Shapps said: “We are acting now but the industries must also play their part with working conditions continuing to improve and the deserved salary increases continuing to be maintained in order for companies to retain new drivers.”

Around a third of hauliers across Europe said they offered regular pay increases to retain drivers, according to a Transport Intelligence survey.

The report said companies acknowledged that low pay was a major factor in keeping people out of the trucking industry.

Also, the average age of an HGV driver is 55, while less than 1% of drivers are under the age of 25, according to the Road Haulage Association.

Rod McKenzie from the RHA said: “We’ve got an ageing population of lorry drivers so we’ve got more lorry drivers leaving the profession because they want to retire.

“We’ve got more drivers leaving than joining so as every week goes by so there’s something new in the supply chain that’s creaking and crumbling.”

The U.S. Federal Communications Commission (FCC) on Monday said it would open a $1.9 billion program...