But Biden is being urged by other G7 leaders, including the Italian prime minister Mario Draghi, the current chair of the G20, not to push competition with China to the extent that it prevents Chinese cooperation over other critical issues such as the climate crisis.

The EU is also pressing the US to back a legally binding code of conduct for the South China Sea that China has been negotiating with regional powers.

Draghi, an Atlantacist, has shifted Italy away from the near pro-China policies of the previous Italian government, led by the Five Star Movement, but argues that the G7 has a balancing act to pull off in challenging and cooperating with the world’s other superpower.

US officials said Biden is pushing the other G7 leaders for “concrete action on forced labour” in China, and to include criticism of Beijing in their final communique. Japan also said it was backing a mention of Taiwan in the final statement.

The US secretary of state, Antony Blinken, spoke with his Chinese opposite number, Yang Jiechi, from Cornwall on Friday to urge him to release more details on whether Covid-19 was leaked from a Wuhan laboratory, a once-dismissed theory now gaining currency.

Yang, the Chinese Communist party’s chief diplomat, told Blinken the laboratory theory was “absurd,” according to the state-run China Global Television Network, and that “genuine multilateralism is not pseudo-multilateralism based on the interests of small circles.”

Small-circle diplomacy is a caustic reference to the fact that the proportion of GDP generated by G7 states has declined. Boris Johnson, the prime minister of the UK, the summit’s host nation, is however widening that circle by inviting the leaders of the chief democracies in Asia and the Pacific region – India, Australia and South Korea – to come to the talks in Cornwall this weekend. 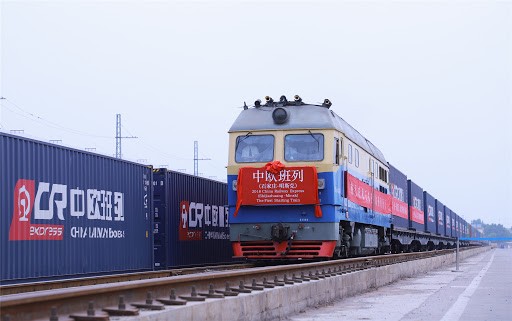 Biden, in an effort to keep G7 allies on board with his tough China strategy and to create new diplomatic alliances in Africa, is also trying to inject credibility into plans for a western alternative to China’s belt and road initiative, an infrastructure scheme launched in 2013 by President Xi Jinping involving development, port, road, rail and digital schemes in Asia, Africa and to Europe. More than 100 countries have signed up to schemes with China.

“This is not just about confronting or taking on China,” a US official said. “But until now we haven’t offered a positive alternative that reflects our values, our standards and our way of doing business.” The officials said its “build back better for the world” would be “an ambitious new global infrastructure initiative with our G7 partners that won’t just be an alternative to [China’s belt and road initiative]”.

The plan would involve raising hundreds of billions in public and private money to help close a $40tn infrastructure gap in needy countries by 2035, the official said.

The Chinese schemes have been criticised, often on contested evidence, for tying up developing countries in crippling debt that leaves them politically beholden to China. Some academics say there are isolated examples of debt enchainment, but the secrecy surrounding many of the contracts makes it hard to judge.

According to a Refinitiv database, as of mid-last year, more than 2,600 projects at a cost of $3.7tn were linked to the initiative, although the Chinese foreign ministry said last June that about 20% of projects had been seriously affected by the Covid-19 pandemic.

In March, Biden raised with Boris Johnson an idea for reviving a Trump-era plan for democratic countries to develop their own rival scheme.

In discussions at the G7, Biden also pressed other leaders to make clear that they believe forced-labour practices were an affront to human dignity and “an egregious example of China’s unfair economic competition”, to show that they were serious about defending human rights.

“We’re pushing on being specific on areas like Xinjiang where forced labour is taking place and where we have to express our values as a G7,” the official said of the final communique to be issued at the end of the summit on Sunday. 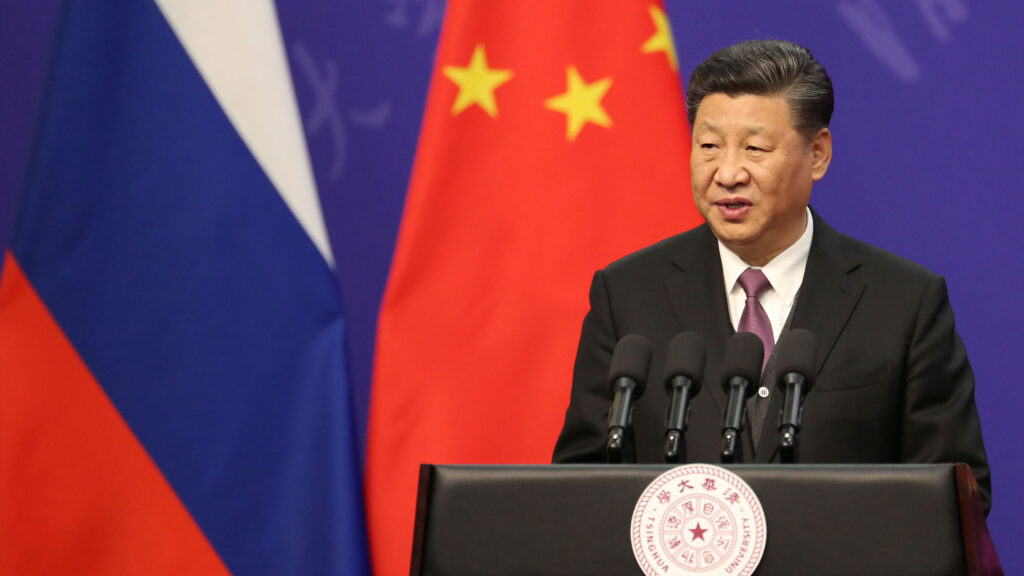 It is not clear if the wording will be tougher than the G7 foreign ministers’ statement in May that said: “We agree the importance of tackling instances of forced labour through our own available domestic means, including through raising awareness and providing advice and support for our business communities. We strongly support independent and unfettered access to Xinjiang to investigate the situation on the ground.”

The communique also implicitly recognised Taiwan’s independence by calling for it to attend the World Health Organization and World Trade Organization.

James Crabtree, from the Singapore-based IISS thinktank, praised the timing and principle of the G7 infrastructure scheme, but was sceptical about implementation due to the lack of specifics, including money and the fact that the Trump administration had launched similar schemes to no effect.

Launching half-baked schemes can do more harm than good, he suggested. The US recently relaunched the Blue Dot Network initiative – a way of branding existing private sector infrastructure schemes as environmentally friendly and socially responsible investment.

But the Biden team with its Asian tsar, Kurt Campbell, may have greater administrative efficiency, as well as the ability to cooperate with the EU and UK to put a more credible scheme together.

The EU foreign affairs chief, Josep Borrell, recently said its development assistance between 2013 and 2018 stood at €414bn in grants, adding that this was broadly comparable with what China offered with its belt and road initiative mainly via loans.

Times Publications Global Business Reports have been setting standards since 1994 providing  investors and companies with the resources to make good decisions in their chosen markets.... END_OF_DOCUMENT_TOKEN_TO_BE_REPLACED