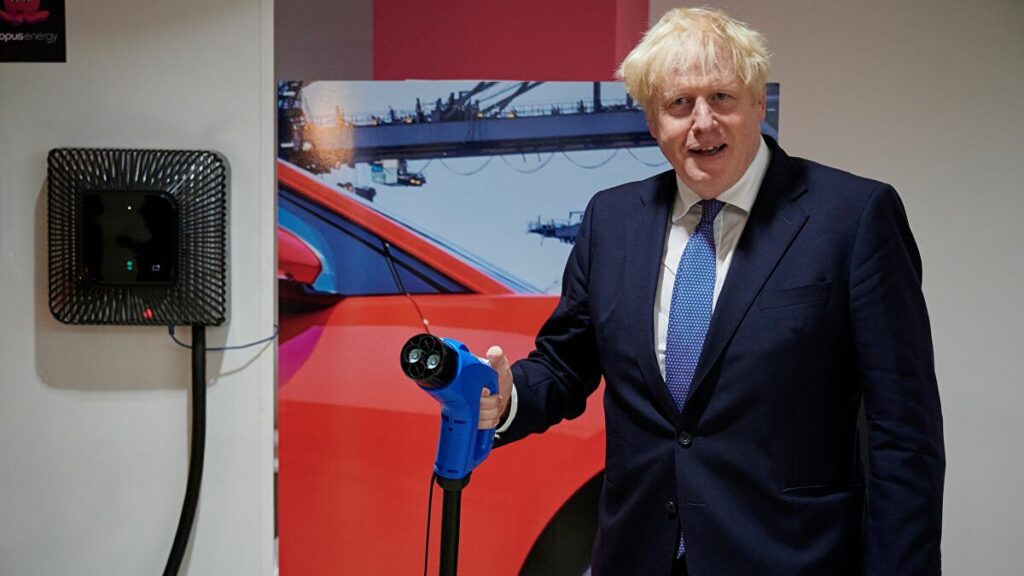 Prime Minister Boris Johnson has set out his long-awaited ten-point plan for a “green industrial revolution” that will create and support up to 250,000 British jobs.

Covering clean energy, transport, nature and innovative technologies, the government claims the blueprint will allow the UK to “forge ahead with eradicating its contribution to climate change” by 2050, as the nation aims to reach net-zero greenhouse gas emissions (GHG) by the mid-century.

The plan – which is part of the prime minister’s ambition to “level up across the country” – will mobilise £12bn ($16bn) of government investment to create and support up to 250,000 “highly-skilled green jobs” in the UK, and spur over three times as much private sector investment by 2030.

At the centre of Prime Minister Johnson’s blueprint are Britain’s industrial heartlands, including the North East, Yorkshire and the Humber, West Midlands, Scotland and Wales, which the government said will “drive forward the green industrial revolution and build green jobs and industries of the future”.

Here let’s take a look at the steps that make up the UK’s ten-point plan.

Offshore wind is a key component of the UK’s strategy to reach net-zero emissions by 2050.

The nation, which currently has about 35% of the global wind capacity installed, is already home to seven of the world’s 10 biggest sites, with its Dogger Bank project in the North Sea set to become the largest of its type.

As part of the ten-point plan, Britain is aiming to produce enough offshore wind to power every home, by quadrupling its current output to 40 gigawatts (GW) by 2030 and supporting up to 60,000 jobs in the process. 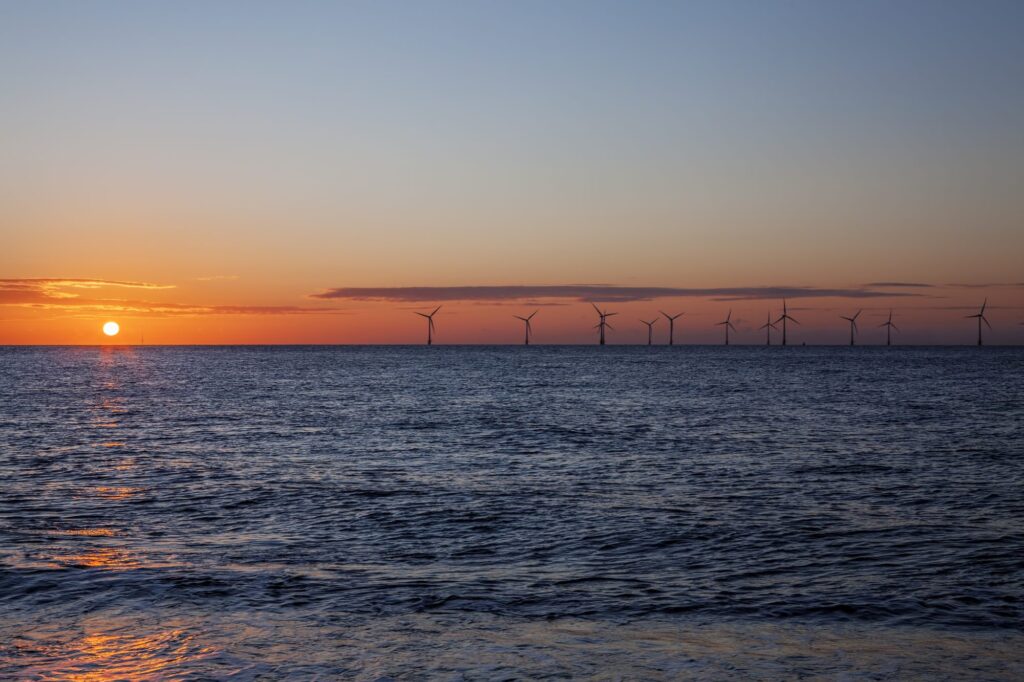 High hopes have been pinned on hydrogen to drive decarbonisation across heavy-polluting sectors like industry and transport, by providing an alternative to traditional, carbon-intensive fuels such as diesel and petrol.

Cheaper forms of hydrogen currently exist – grey and blue – but fossil fuels are used to power the electrolysers that separate the gas from water, offsetting the environmental benefits of its end use.

Green hydrogen is produced using exclusively renewable energy sources, such as wind or solar, so the entire process is effectively carbon free.

Working with industry, the UK government is aiming to generate 5GW of low-carbon hydrogen production capacity by 2030 for industry, transport, power and homes – and plans to develop the first town heated entirely by hydrogen by the end of the decade.

While nuclear is often painted as one of the most dangerous sources of energy due to some high-profile incidents, the technology could play a crucial role in balancing Britain’s electricity grid as intermittent renewables continue to command a larger share.

As the UK continues to reduce its reliance on high-polluting fossil fuels, the country has a number of new nuclear projects underway.

Johnson’s government said it plans to advance the technology as a clean energy source, across large-scale nuclear as well as develop the next generation of small and advanced reactors, which could support 10,000 jobs.

To reach its climate ambitions, the country will have to completely overhaul its transport industry, with the introduction of more electric vehicles at the forefront of those plans.

EVs are viewed globally as an integral tool to combatting climate change and look almost certain to be the future of the automotive industry – but China and other countries are already leading the charge ahead of the UK.

To help bridge the gap, the government said it is backing the nation’s “world-leading car manufacturing bases” in the West Midlands, North East and North Wales to accelerate the transition to EVs and transform the national infrastructure to “better support” non-fossil fuel vehicles.

Changing working and travel behaviours by improving broadband infrastructure and people’s ability to walk and cycle in cities was a key recommendation put forward by the Committee on Climate Change (CCC), an independent adviser to the UK Parliament.

Johnson now appears to have taken that advice on board and plans to make cycling and walking “more attractive ways” to travel, while investing in zero-emission public transport of the future.

Reducing emissions from air travel has been a hotly debated topic for a number of years, with aviation responsible for 12% of carbon dioxide (CO2) emissions from all transports sources.

Meanwhile, maritime transport emits about 940 million tonnes of CO2 annually and is responsible for about 2.5% of global GHG emissions.

To help combat these issues, the UK plans to support these “difficult-to-decarbonise industries” to become greener through research projects for zero-emission planes and ships. 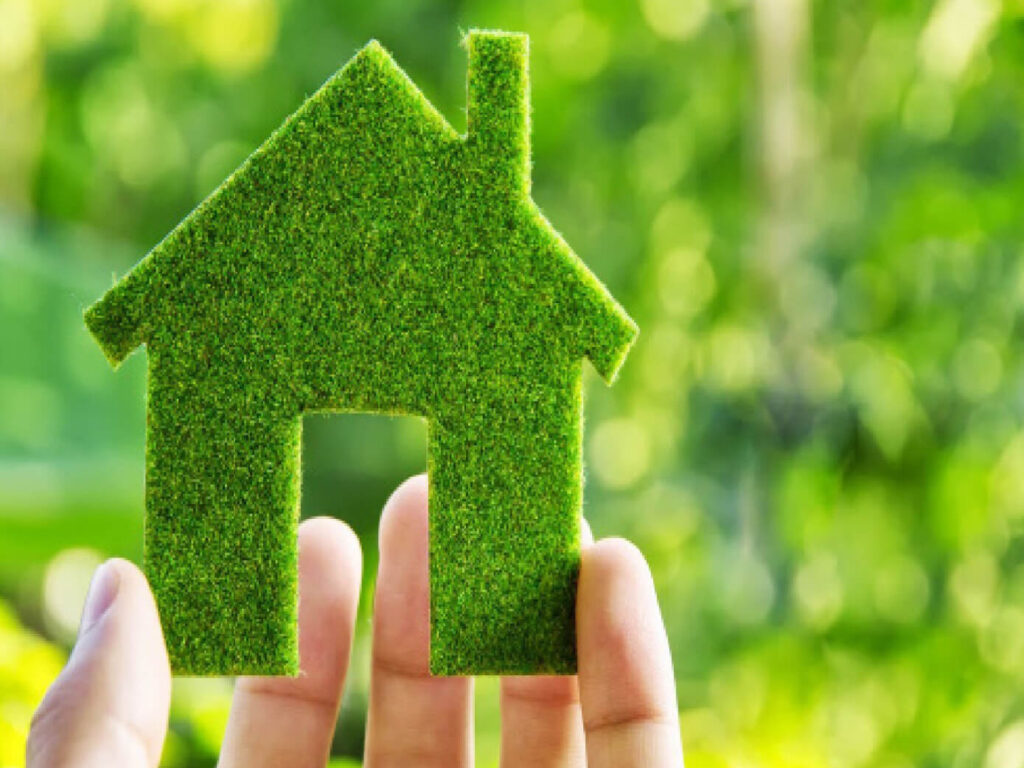 Heating accounts for more than a third of Britain’s CO2 emissions, with 85% of homes heated by natural gas and just 5% using low-carbon alternatives.

The government is aiming to make the nation’s homes, schools and hospitals “greener, warmer and more energy efficient”.

Carbon capture, utilisation and storage (CCUS) – which involves removing CO2 from the atmosphere, transporting it to a storage site and depositing it often underground – is a technology that’s attracted growing interest recently.

The International Energy Agency (IEA) views CCUS as the only group of technologies that contributes both to reducing emissions in key sectors directly and to removing CO2 from the atmosphere to balance the emissions that are the hardest to prevent.

As part of its ten-point plan, the UK government hopes to become a “world-leader” in technology to capture and store harmful emissions away from the atmosphere, with a target to remove 10 million tonnes of carbon dioxide by 2030, which is equivalent to all emissions of the industrial Humber today.

Cleaning up the environment and preventing further damage to ecosystems is a crucial step in the battle to limit the effects of climate change.

The UK government has pledged to protect and restore its natural environment by planting 30,000 hectares of trees every year, while creating and retaining thousands of jobs.

Reaching the ambitious climate targets set forth within the Paris Agreement and across individual nations will require massive investments by policymakers and the private sector.

Johnson’s government plans to develop “cutting-edge technologies” that will be needed to reach its new energy ambitions outlined in the ten-point plan and make the City of London the “global centre of green finance”.

Britain’s economic recovery lost more steam this month as a resurgence of the coronavirus pandemic...

Times Publications Global Business Reports have been setting standards since 1994 providing  investors and companies with the resources to make good decisions in their chosen markets.... END_OF_DOCUMENT_TOKEN_TO_BE_REPLACED