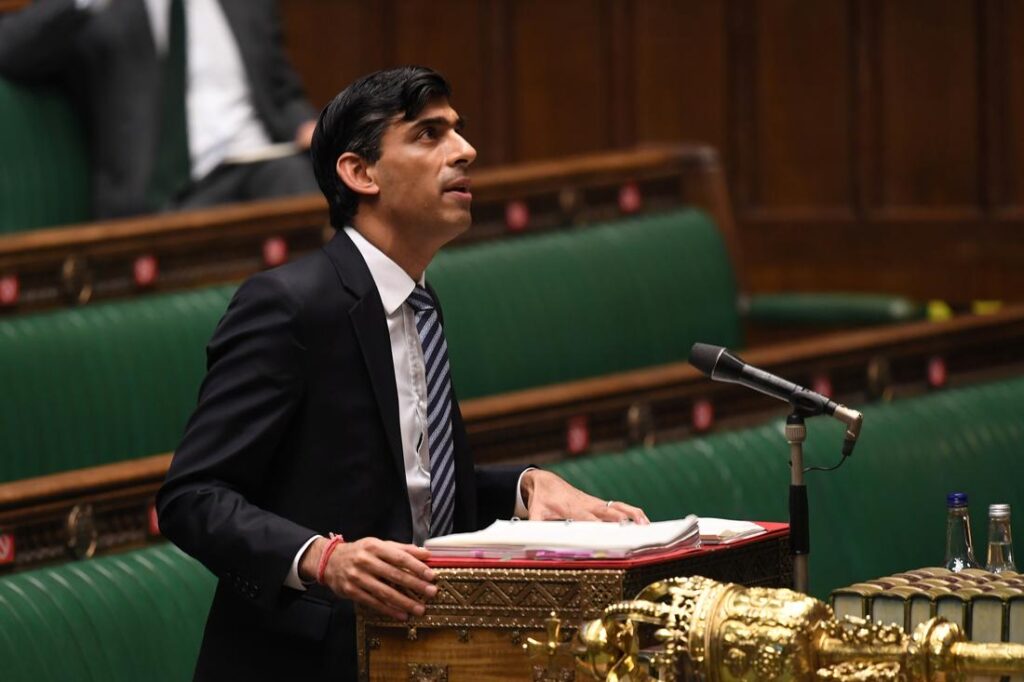 According to Guardians report that governments must resist imposing spending cuts and hefty tax rises before their economies have recovered from the effects of coronavirus lockdowns, a leading global thinktank has warned.

In its quarterly health check of the global economy, the Organisation for Economic Co-operation and Development (OECD) said it would be necessary to continue borrowing extra funds into next year to support the worst-hit households and businesses despite concerns about mounting public sector debts.

In a clear shot across the bows of governments contemplating tax rises, including the UK, the OECD said public spending was needed to support a rebound in growth that had begun to slow in many countries since June, mainly on fears of further lockdowns this winter.

“The aim must be to avoid premature budgetary tightening at a time when economies are still fragile,” said the organisation, which advises 36 mostly wealthy countries from its headquarters in Paris.

Rishi Sunak has come under pressure from several Tory backbenchers to quickly reduce spending and increase taxes to cap the UK’s borrowing, which is expected to hit almost £300bn in this financial year.

On Tuesday the chancellor refused to rule out tax rises in the next budget, which is expected in November, following questions in the commons by the shadow chancellor, Anneliese Dodds.

Speaking at the TUC conference this week, the Labour leader, Keir Starmer, said the chancellor needed to pump further funds into the economy to replace the job retention scheme and “develop those sectors where it is most needed” – such as retail, hospitality and aviation.

The OECD’s chief economist, Laurence Boone, said governments could revise the support they offer households and businesses as the needs of the economy shifted with a focus on higher welfare and training for those made redundant.

She highlighted moves by the Netherlands government to pay a supplement to workers forced to take part-time jobs while also offering new forms of online training.

However, she stressed that governments would need to continue running spending deficits next year while local lockdowns limited a rebound in GDP growth.

“This is not asking governments to be profligate or calling for a spending spree when we say that support is needed next year. We are concerned about the people hit hardest by the pandemic and how they need support to find a new job,” she said.

Since the OECD’s previous assessment in June, most developed countries have bounced back quickly and without the high levels of unemployment that were expected.

Boone said the global economy would shrink by 4.5% this year, which was 1.5 percentage points less than was predicted in June, before rebounding by 5% next year.

The UK’s growth forecast was revised upwards by 1.4 percentage points to -10.1% this year, which she said would be followed by a 7% increase in 2021.

The largest revision was to US GDP, which was expected three months ago to contract by 7.3% in 2020 but is now forecast to shrink by only 3.8% before growing by 4% next year.

Boone said the stimulus package agreed by Congress and the dramatic easing of monetary policy by the Federal Reserve, which cut rates to zero from last year’s 2.5% and expanded its quantitative easing programme by $700bn, helped boost growth.

The report said: “The extensive policy actions undertaken as the pandemic developed have helped to prevent an even larger collapse and buffer the incomes of households and companies.

“With the recovery remaining hesitant, sporadic outbreaks of the virus still occurring, and many sectors still struggling to adjust, fiscal and monetary policy support needs to be maintained to preserve confidence and limit uncertainty.

“At the same time, a delicate balance has to be struck between facilitating the immediate recovery by supporting viable jobs and companies and ensuring that policy allows sufficient flexibility for necessary reallocation across sectors to occur over time. This calls for flexible and state-contingent policy support that can evolve as the recovery progresses.”

Boone repeated the OECD’s call for greater cooperation to support countries that lack the infrastructure or borrowing capacity to offset the worst effects of the pandemic. India, South Africa, Mexico and Argentina will contract by more than 10% this year, she said, and only India will return to strong growth in 2021. Mexico will grow by 3%, Argentina by 3.2% and South Africa by only 1.4% in 2021.

Times Publications Global Business Reports have been setting standards since 1994 providing  investors and companies with the resources to make good decisions in their chosen markets.... END_OF_DOCUMENT_TOKEN_TO_BE_REPLACED