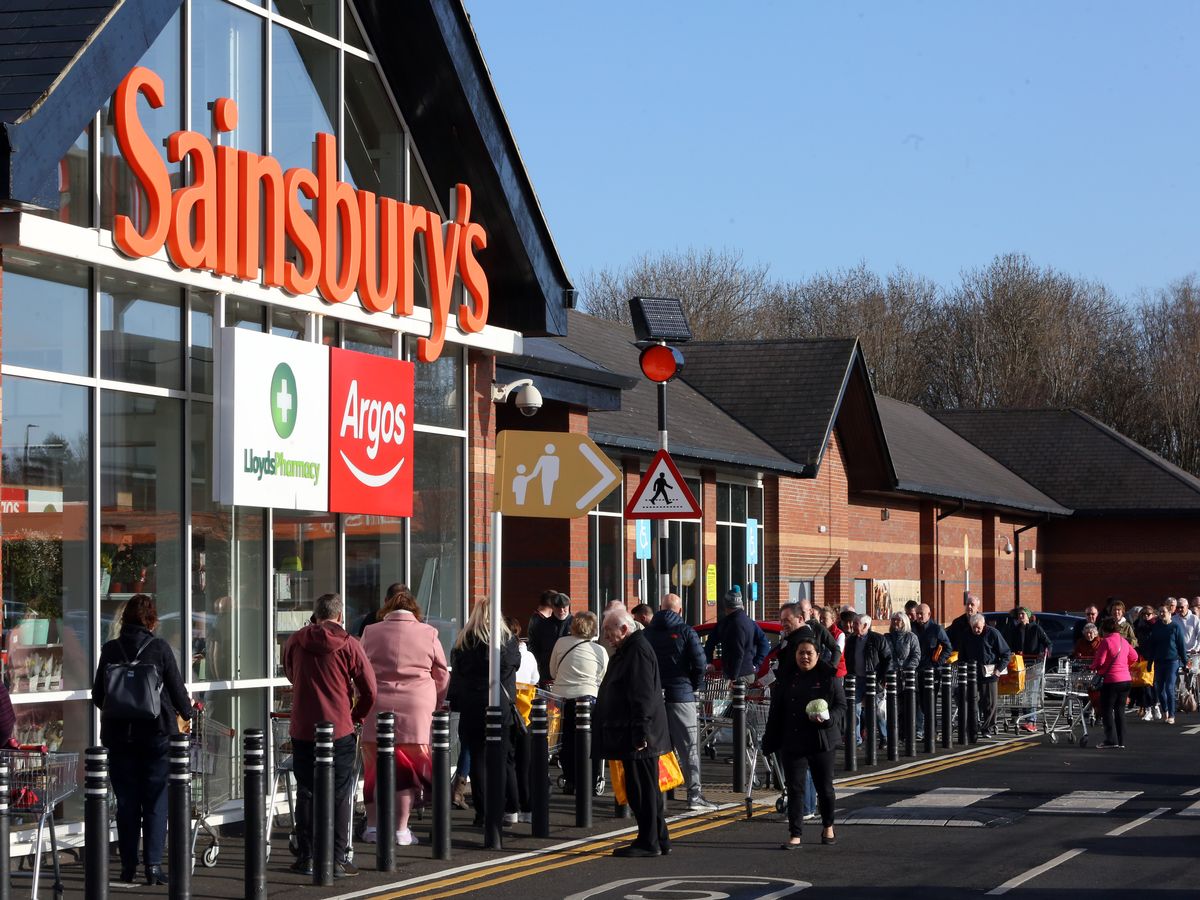 Sainsbury’s says that customers are likely to see disruption to their shopping until September amid the coronavirus pandemic. From BBC News

Its boss Mike Coupe told the BBC that socially-distanced queues were likely to remain “for the foreseeable future”.

In its full-year results statement, the supermarket said it saw a huge demand for groceries in March as concerned shoppers stockpiled goods. Sales growth peaked at 48% in the week to 21 March, but then subsided.

Mr. Coupe told the BBC’s Today program that the peak of sales “was crazy, We sold more, for five days running, than we would normally sell in our busiest day at Christmas, that’s why you saw the gaps on the shelf.”

Mr. Coupe added that amid the pandemic, the retailer – which is the UK’s second-largest supermarket chain – had seen “a very marked change in the way our customers are shopping”.

“They’re coming less frequently and are buying about twice as much when they do come. Very much a return to the weekly shop, but beyond it.”

In the seven weeks to 25 April, the firm’s Argos business also saw an uptick in sales of 7%. It said this was down to customers equipping themselves for home working.

Stand-alone Argos stores have been closed since 24 March after the government instructed “non-essential” retailers to shut temporarily, although Argos concessions with Sainsbury’s stores remain open.

In common with other retailers, Sainsbury’s has brought in a number of measures in an attempt to keep customers and staff safe during the pandemic, as well as cope with the surge in demand for food.

They included installing screens at tills, increasing cleaning and recruiting thousands of temporary staff to work in-store, as drivers and in warehouses. 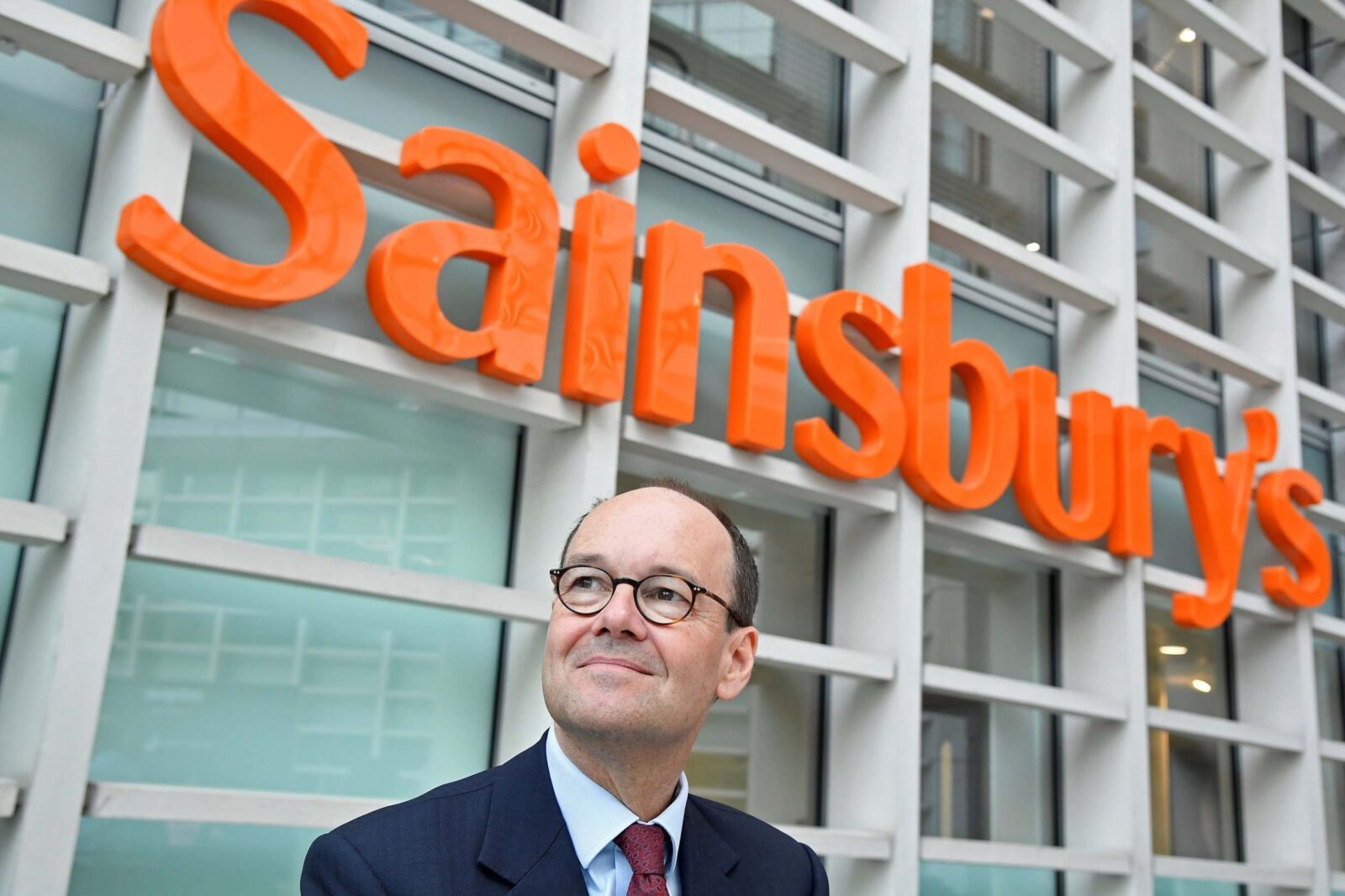 Sainsbury’s said that those additional costs, as well as weaker demand for clothing and fuel, could result in a £500m hit to its profits.

However, the supermarket has also benefitted from a business rates holiday worth about £450m offered to shops in England, Scotland and Northern Ireland. It also expects some of the additional coronavirus costs will be offset by higher grocery sales.

Sophie Lund-Yates, equity analyst at Hargreaves Lansdown said that lockdown had “pushed people down the grocery aisles, and away from the not-so-crucial areas of stores”, such as clothing.

“It’s a mistake to assume coronavirus is an out-and-out tailwind for supermarkets. Feeding a panicked, locked-down nation comes with extraordinary costs and changes to spending habits,” she said.

Sainsbury’s comments came as it reported a 2% fall in underlying pre-tax profits to £586m for the year to 7 March.

The supermarket said that it would defer any decisions on paying dividends to shareholders until later in the year.

“At this very early point in our financial year it is impossible to predict the full nature, extent, and duration of the financial impact of Covid-19 over the course of the year,” it said.

Some of Businesses in Northern Ireland told BBC News recently they have seen an increase in opportunities...

UK businesses that export to the European Union (EU) are being told to set up separate firms inside the...

National Express is suspending coach travel in the UK from Monday and does not expect to resume its service...

Times Publications Global Business Reports have been setting standards since 1994 providing  investors and companies with the resources to make good decisions in their chosen markets.... END_OF_DOCUMENT_TOKEN_TO_BE_REPLACED